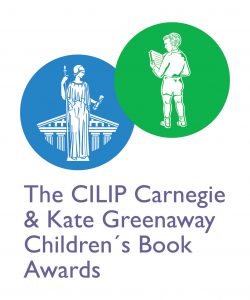 The Chartered Institute of Library and Information Professionals (CILIP), which administers the prestigious Carnegie Medal and Kate Greenaway Awards for the best British children’s books, has promised to take immediate action to improve the diversity of their selections. The award, launched in 1935, has never been won by a black, Asian, or minority ethnic (BAME) writer, and the 20 authors on the 2017 longlist were all white.

After an outcry over the lack of diversity on the list, CILIP commissioned an independent review that found librarians were largely unaware of books published by BAME authors or with BAME characters, as well as a general dearth of such titles in publishing. The report notes that the prize is judged by UK librarians, 97% of whom self-identify as white, according to a 2015 industry survey, and speculates that the lack of diversity in the judging pool may be a factor.

Researcher Margaret Casely-Hayford, who chaired the review, said it was “evident that the current state of diversity, representation and inclusion in children’s books must improve” in order to “embody the open, positive and inclusive spirit of libraries.” She believes that providing more recognition to diverse authors will “create a virtuous circle with more such books being written, illustrated and published, creating a larger source of role models to inspire young readers to become future writers.” She suggested numerous changes to the awards process, and CILIP chief Nick Poole has promised to bring a “broader range of perspective and experiences” to the pool of judges, open up nominations to external groups, offer diversity training to judges, and establish a quarterly publication to promote new writers. He said librarians have “a unique power to shine a light on the world as it is and to help us to imagine a better one – and because of this we have an immense responsibility in how we develop and promote these awards as ethical librarians.” He says he’s “pleased that we have been able to take action that will impact immediately, as well as looking ahead to long-term change.”