In a 5-4 decision in late June, the US Supreme Court overturned Quill Corp v. North Dakota – the 1992 case that ruled states could only collect sales tax from companies with a physical presence in that state. Justice Anthony Kennedy wrote in the majority opinion:

The physical presence rule has long been criti­cized as giving out-of-state sellers an advantage. Each year, it becomes further removed from eco­nomic reality and results in significant revenue losses to the States. These critiques underscore that the rule, both as first formulated and as ap­plied today, is an incorrect interpretation of the Commerce Clause.

He went on to say that “Modern e-commerce does not align analytically with a test that relies on the sort of physical presence defined in Quill. And the Court should not maintain a rule that ignores substantial virtual connections to the State.”

This means the legal precedent that online retailers (notably Amazon) have used to avoid paying sales tax in states where they lack a physical presence is gone. The states (and potentially the federal gov­ernment) can now craft new legislation regarding collecting sales tax from online companies, though in order to be affected companies would still have to meet the “substantial nexus requirement” speci­fied by the court. 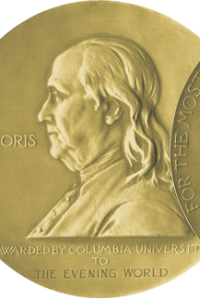 July 6, 2017 admin Comments Off on Dr. Lindgren to Present Hugo