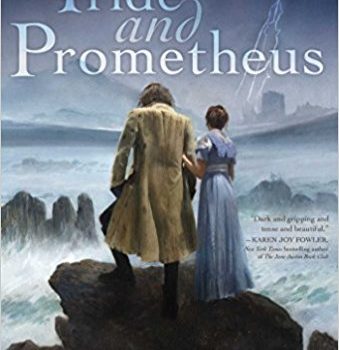 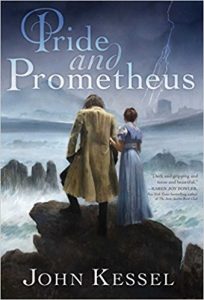 One of many things that come to mind in reading Pride and Prometheus, John Kessel’s thoroughly enjoyable full-length expansion of his 2008 Nebula- and Shirley Jackson-winning novelette, is that Pride and Prejudice might have made a pretty suitable title for Frankenstein, at least from the unfortunate creature’s point of view. After all, he’s the product of Victor Frankenstein’s pride and the victim of everyone else’s prejudice, and he does tend to go on about this a bit much. But that’s likely not the only reason that Kessel chose to combine char­acters from two of the most beloved, chewed-up, adapted, revised, travestied, and otherwise appro­priated novels in the English language. Not only were they published less than five years apart, but they both basically sprang from the imaginations of teenage girls; Shelley famously began writing her story at 18, and Austen was apparently only 20 when she wrote the first version of Pride and Prejudice. Their chronologies are close enough to each other that it only took a little fudging on Kessel’s part to make them work out, and Vic­tor’s trip to England and Scotland in Shelley’s novel provides a convenient opening to introduce characters from Austen – most notably Mary, the sister who seemed to have the least to do in Pride and Prejudice and was thus ripe for development.

The main challenge facing Kessel, then, is not so much one of plot, character, or chronology as one of tone. Austen very nearly set the standard for elegant wit and irony in the novel of manners, while Shelley, for all the brilliance of her ideas, was consciously working in the often lurid tradi­tion of the Gothic melodrama. These are, to put it mildly, not styles which mesh seamlessly. Kessel addresses this problem in an ingenious and for-the-most-part satisfactory way: third-person chapters following Mary’s point of view, alternated with somewhat more feverish first-person narratives from the creature and Victor himself. The basic template is Frankenstein – the action of Pride and Prejudice is some 13 years before Kessel’s story begins – and Kessel doesn’t hesitate to make use of some common Gothic devices, such as unlikely coincidences, arduous travels, and all-consuming passions. Conversely, the story is framed at the beginning and end with more Aus­ten-like chapters that touch upon class divisions, snobbery, courtship, and sensibility, as Mary’s in­terest in fossils leads to her acquaintance with the real-life Victorian self-taught paleontologist Mary Anning (who was also the inspiration for Karen Joy Fowler’s wonderful novella “The Science of Herself” a few years ago). But Elizabeth Bennet, the lively mouthpiece for much of Austen’s wit, barely makes it onstage at all (though Darcy does get to bring off a couple of timely rescues).

All of this is a lot of fun for readers of Austen and Shelley, but at the same time a novel such as this needs to work almost as well for readers who know Frankenstein mostly as a trope and Austen mostly as an attitude. From this point of view, Pride and Prometheus moves pretty quickly and efficiently into thriller mode. After an opening chapter shows us Mary’s interest in science and her not-quite-courtship with Charles Woodleigh – whose arrogant dismissal of Anning reveals him to be an insufferable snob – the viewpoint shifts to the creature, trying to figure out a way to pursue Victor to England, where he has fled with Henry Clerval. At a ball in London, Mary meets and hits it off with Victor over their mutual interest in sci­ence (they discuss Humphrey Davy and Erasmus Darwin), and afterward both catch a glimpse of the hulking form of the creature standing motionless outside, watching. This sets up the main dynamic of the plot, which is basically a pursuit tale: Vic­tor, trying to stay one step ahead of the creature while making plans to create the mate that he had promised, makes his way to Scotland and eventu­ally the Orkneys, while Mary, clearly attracted to him, tries to suss out his dark secret.

The central crime of the story, involving one of the Bennet sisters, will be familiar to anyone who has read the novella, but the long denouement, which involves an arduous (and somewhat over­long) journey, highwaymen, surly Scotsmen, the fate of Clerval, and an unlikely alliance between Mary and the creature, takes the tale in some unexpected directions. Kessel skillfully ratchets up the suspense while developing a particularly complex and nuanced portrait of the creature himself, who eventually names himself Adam. No doubt we’ll be hearing a lot about Frankenstein in this bicentennial year of its publication, but Kessel treats his source with the care and intelligence it deserves, offering a kind of secret history that slips seamlessly into Shelley’s original tale without once violating its spirit. 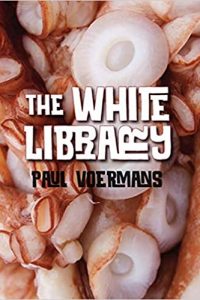 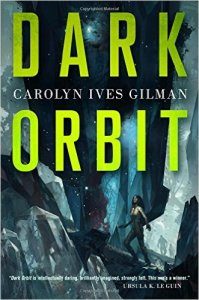 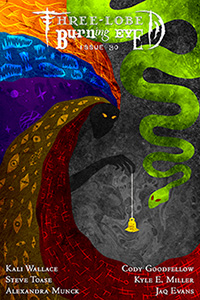