While standing in line with my spouse to get onto the Book Expo America (BEA) show floor, we started up a conversation about how eas­ily the plain paper badges could be forged. All you need is a good color copier. As we bantered back and forth, the woman in front of us kept looking at us sideways. The third time she did it I realized that anybody in line could be live-tweeting this conversa­tion, and that it was possible that I’d check my phone in an hour and see a barrage of tweets and a couple blog posts with headlines like, ‘‘Author Kameron Hurley tells readers to forge BEA passes.’’

When I have my name tag on at events like this, I know that every public conversation I have could end up on the public bulletin board that is the Internet and attributed to me. I’ve gotten used to the idea that everything I do on panels and in fan interactions is public, but knowing I was just as vulnerable standing there in line suddenly exhausted me.

You spend your whole life trying to be somebody, and when you’re finally somebody to some people after a couple decades of long, hard work, you find that it’s really not as great as you thought. For me, the perils of my du­bious internet fame haven’t yet come with enough money to make up for everything else.

Over the last couple years, my audience has grown from a few hundred people who actually enjoy reading what I have to say, to tens of thou­sands of causal or one-off readers, some of whom really do hate-read me. I know people who’ve trashed me (me, not the work) on other forums, who still trundle on by the blog or read columns like this to lap up every word so they can rant about how awful it all is. In fact, I realized I’d ‘‘made it’’ the first time I read a full-on rant from somebody I’d never met who went on and on about what a stupid, ignorant, nasty person I was. Not my books, mind you – me personally, the human who shops for groceries and forgets to do laundry. It was the most bizarre thing ever, like watching somebody rip into how much they hate Walmart or The Hobbit movie.

I had become…. a thing. A brand? A business? Not human.

The more people respect what you have to say, the more folks will come out of the woodwork trying to tear you down. Having been one of the people flinging arrows at authors myself (and let’s be real, I still do), I get it, and I accept it, but that doesn’t make it any easier to navigate when you’re sitting in a restaurant and wondering if your dinner conversation will end up in an Instagram video.

In the ten years I’ve been writing online, I’ve mostly been hated as some kind of women’s lib boogeyman, and that’s just funny more than anything. It’s a lot easier for me to dismiss haters when they’re sending me death threats for believing women are people. It’s harder to dismiss people who want me dead because they despise me in general. In the same breath they’ll say I should be garroted to keep me from speaking and Starbucks should stop serving Pumpkin Spice Lattes because, gosh, those lattes are gross.

A colleague of mine calls the strange entity people are reacting to as the ‘‘authorial construct.’’ People don’t really hate you. They hate this idea of you that they’ve constructed in their heads. You become the em­bodiment of all of their frustrations and failures. You’re also far more accessible than, say, Lady Gaga or the President. They figure they have a better chance of getting to you and shutting you up than they do of get­ting Target to stop selling stuff for babies.

We talk a lot about how rich and famous people deserve public scru­tiny. I never suspected that I’d get a taste of that without the rich or the famous part. Audiences work hard to pull obscure voices like mine from the screaming bowels of the Internet, but once you’re here, once you be­come The Man, you face a whole new wall of pitchforks, and they’re of­ten the people who championed your work in the first place. It does make me wonder sometimes what we’re fighting for.

I know we can always do better, and I do my part to champion new voices, but in among all this doing better there’s also the work it­self, and perhaps that’s the toughest part in this whole equation. Staying on somebody’s hate-read list requires a lot of work that has nothing to do with dinner conversations.

I went into the whirlwind that is BEA know­ing things were going to go wrong, because I’d been working on my fifth book nonstop in the days leading up to the con. I literally sent the book to my editor from the passenger seat of the car halfway to New York. I was two weeks late on my structural edit and extremely stressed out (I still have a full-time day job), and had had no time to wash dishes or do laun­dry, let alone check on vital logistics for the convention (I forgot to bring pen syringes for the medication that keeps me alive, which tells you something about the level of my stress). We went into the con without having secured a badge for my spouse, without confirming that our apartment had air conditioning, without sending my books ahead of time, and without confirming that the public­ity folks at Simon and Schuster had finalized my signing after my panel.

Just arriving at the convention without being thrown out was a huge win. I managed to keep it together until the very, very end, when I ran to go pick up my books from the bookstore booth. Because I had no public­ity champion managing the event for me (which I was used to, but was not usual for other authors at BEA), there was nobody to tell them to put out my books, even though I’d labeled the boxes with my signing times and inventory counts. What this meant was that I pretty much had exactly the same number of books to haul out as I hauled in.

I felt stupid. Who the hell was I, thinking I was a real professional author?

I kept going over ways I should have managed it better, and as I spoke to the bookstore rep in the back, she apologized again for all the misun­derstandings, and I said that no, no, these things happen, it’s not a big deal and she said I’m sorry it happened to you and I was like, well it has to happen to someone and she said no, I’m sorry it happened to you because you’re all by yourself.

The reality is I’m not a big brand. I’m just a human, working my tail off to do the best I can.

That’s when I lost it. I turned away so she couldn’t see my face and wheeled the books out, and cried my way to the car across the parking lot in the driving rain of a massive thunderstorm, ruining $400 worth of books because they wouldn’t let us drive the car up to the convention doors. Her words reminded me of how I’d gotten used to doing so much myself because of the totally messed up business practices of my first publisher, and I had no idea how to function at massive ‘‘real author’’ events like this where everyone seemed to have publicists and editors and handlers managing their books and lines and calendars.

I kept myself buttoned up right up until that last day, because the real­ity is that if I’m angry at some stupid mix-up, it’s possible that annoyance will happen in front of fans, or effect a signing, or bleed into a public ap­pearance, or become some pretentious rant on Twitter, and then I become that jerk author.

I ruin the business. Whatever that is.

What you never get about being an author until you become one is that it’s not a glamorous life. It’s not typing words on a keyboard on the beach. You’re a small business, and you will be rated on your total overall perfor­mance like a restaurant on Urbanspoon.

In our hearts, we sell dreams and hope for a fu­ture that could be. Ursula K. Le Guin can rail on about how books shouldn’t be treated like widgets, and authors shouldn’t be rated like restaurants, but the reality is that this is the business environment we’re working in. This is how we’re making our living, one McBook at a time. 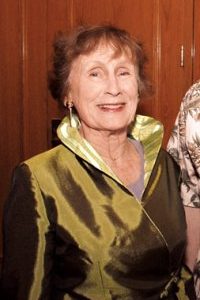 4 thoughts on “Kameron Hurley: Your Author Meltdown Will Be Live-Tweeted”