Awards Conventions Features News
November 9, 2018July 17, 2019 locusmag 0 Comments
Estcon 2018 was another wonderful summer event, held in the same location, Udu Farm in Estonia. Estcon is possibly the only science fiction convention in the world held primarily in the open air. The farm offers a camping area and two large farmhouses with multiple bedrooms as well as two dozen “camping huts,” each fitted with three beds, a small refrigerator, and a covered area with picnic bench and grill outside – everything you need for a comfortable weekend. The main house includes a wood-burning sauna which was available to all attendees as long as someone could be persuaded into carrying the logs in.

This year had a record-breaking attendance, with non-stop events running from Friday afternoon to Sunday afternoon. The annual Ulmedisko, which to my disappointment featured neither dancing nor sparkling mirror balls, turned out to be a late-night discussion. This year the theme was cyberpunk, and the talking went on until deep into the night. There were presentations and discussions of interest to both writers and readers, ranging from the Writers Union’s plans, to ghosts, to molecular biology. The trivia quiz brought out the competitive spirit of the attendees and the Live Action Role Play in the forest brought them back to cooperation. There was also a writing workshop as a separate track: participants were assigned a theme and given time to outline and plan before being locked in a room for 45 minutes to complete a short story, which was read aloud later that evening.

The Stalker Awards for the best original and translated speculative fiction published in Estonian were also presented, with winners Triinu Meres and Manfred Kalmsten present to accept.

One of the highlights was the specially made Convention Beer: a very smooth session IPA from the Pühaste brewery. The Google translation of the tasting notes is “sweet-picked crimes and tangerine juicy,” which pretty much sums it up.

Nowhere was it said that it was obligatory for the guest of honor to sit on the field until dawn drinking everyone else’s booze and making loud pronouncements on culture, politics, and the vagaries of the Estonian language but, as I am not one to take chances, I made sure to keep it up until well past midnight. In Estonia in July, that’s almost dawn anyway.

This report and more like it in the November 2018 issue of Locus.

April 11, 2014 admin Comments Off on New Prize for Children’s Writing 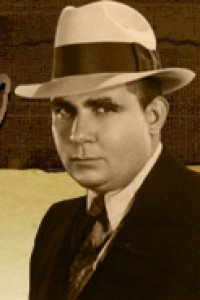