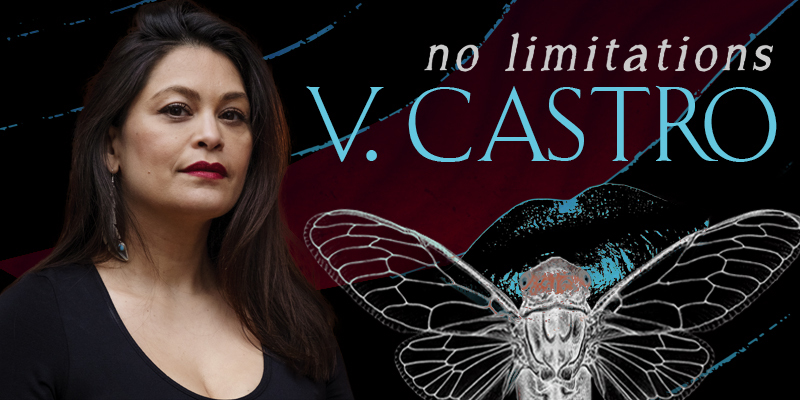 Violet Castro was born July 14, 1979 and grew up in San Antonio TX. She moved to Philadelphia PA to attend Drexel University, where she earned a BS in political science and history. Fifteen years ago, she moved to the UK, and resides there with her family, though she returns to the US often to visit family.

Her notable short work includes novellas Hairspray and Switchblades (2020) and Stoker Award finalist Goddess of Filth (2021). Some of her work is collected in Sed de Sangre (2020) and Mestiza Blood (2022). She co-edited horror anthology Latinx Screams (2020) with Cynthia Pelayo.

“Horror allows you to explore the shadow parts of yourself – those darker instincts. Pain, generational trauma, the things we don’t want to talk about, and the things that we tend to shy away from but that are really important. Often those emotions, those fears, are universal. Everybody has them. Maybe not in the same way – the way you and I experience fear and experience life on a day-to-day basis will different, but at the end of the day, we’re all heart and soul. There are things that tie us together.

“Horror also gives me a bigger freedom. Pub­lishing is a business, and to a certain extent as a woman of color, we’re put in boxes, and there are expectations upon us. Horror allows me to just get stripped all the way back and do whatever I want, and say what I want, and be who I am. I do that more in science fiction. I have a solid science fiction book that’s on submission. I’ve also written two children’s books. So fingers crossed! All the books are coming from my background and the stories that I had and my experiences, so they’re unique in that way. There are so many things we experience that people don’t want to address or face, and horror allows us to do that freely.

“Goddess of Filth was a crazy journey, be­cause it went from being a rejected short story, and now it’s up for a Bram Stoker Award. I grew up watching The Craft, and curanderismo and brujeria are things I explore and find a lot of truth in. I wanted to mix those, but also, a lot of my books include graphic sex. Not all, but there’s often some steam in there. I wanted to come up with this coming-of-age and self-exploration story about breaking free from those notions of who you should be and how you should perceive yourself. Using one of the goddesses from Aztec mythology – and there are quite a few – I thought, let’s do possession. But it’s a possession where you become more in control of yourself, more of who you are, and you’re giving yourself permis­sion in the form of this goddess, an ancient deity who didn’t have to succumb to any of the things that we do, or that we self-impose or allow other people to impose upon us. I sat down to write, and it just came out.

“That was a wonderful experience, and in the beginning I wanted people to know that they are not alone. Often we go on these journeys of self-exploration, and we feel really alone, but we’re not. We are connected to other people, but most importantly, we can be connected to ourselves, and that’s the best place to be when you’re try­ing to figure things out. That’s kind-of where it came from – it started as a small short story and became a novella, and I’m so glad I wrote it. I’m so proud of it because I get so many messages – from Latinas, especially – saying, ‘You’ve made me feel so good about myself. You spoke to me. I feel seen.’ They read the women in my stories and say, ‘I know those people – I’ve been that girl. I’ve been there.’ It’s like gold to know I am reaching people – especially women of color – in ways they haven’t experienced. That is so important, and it’s something I hope publishing will come to terms with. In the US there are 60 million Latinos – you’re gonna tell me that ain’t a market? You’re gonna tell me they don’t have value? Writing these stories is just bigger than, ‘Oh, I want to write a story.’ No. My writing lets me really connect with other people, and lets me put people together. Women especially love it and have sent me so many beautiful messages, and that’s amazing. I’m so grateful that I have this deal with Del Rey because it means the books I’ve written and the stories like Goddess of Filth might get picked up and get wider attention and reach more people and really help them. As I say in the beginning of the book: You’re not really alone.

“My great-grandmother and her husband, Elodea and Serafin, were migrant workers, and they worked the fields in Texas. They went up north and picked cotton and blueberries – that was their life, and then he was a cook on a train. My grandfather joined the military. Coming from those roots, you know about Cesar Chavez and you know that farm work is still vital to the US. Farmworkers have done so much. Then you go back into history to the Bracero program and it really bothered me that we rely on people so much for the essentials, yet we can’t give them basic sense of respect and dignity. Also, there’s a lot of me in there, things I was going through emotionally: divorce, and questioning who I was and what I wanted to do.

“American Dirt came out and I was livid, be­cause here I had been going nuts trying to publish, and then she’s writing all these things about our experiences. In the very beginning of The Queen of the Cicadas, I kind of call her out and have a slight dig where Ix Chel has a quote about the brown masses and the chicharras – and chicharras are brown. I just wanted it to be a statement. Even though she obviously had a different kind of pub­lishing realm, I thought it was important to take a stand, no matter what. The story just evolved from my farmworker roots, being a Chicana, and also my love of urban legends.

“I grew up in Texas with lots of urban legends, which you see more of in Mestiza Blood with La Lechuza and Donkey Lady Bridge and Dancehall Devil and all of those things. But this one was specific. I used an Aztec goddess who wanted to be revived, who wanted vengeance and wanted to be heard and seen and advocate for milagros, the farm workers, because there are so many people that just don’t have any advocates and they feel like their voices are not heard, and they don’t feel seen. They’re just part of the mass. But they’re not, and I wanted this story to really be bloody, full of vengeance and anger. There is a lot of anger, but we’re supposed to be nice and smile and not care and watch something like American Dirt become a bestseller and be okay with it. The fact is, it wasn’t okay, and people need to know that. I want others in my position to know that it’s okay to say, ‘This ain’t fucking right.’ I was livid – seeing everything evolve with that book made me angry, so it fueled this story. Then the pandemic hit and there were all of these different issues, and nobody wanted to touch the book – nobody, until Flame Tree Press did. People have responded to it. For me, the point of having a platform through these other books I’m writing is just that hopefully someone else will read the Queen of the Cicadas and say, ‘Yes! I love that there’s death by cockroach! That bitch got it!’ Sometimes we need those petty little wins to get us through the day, you know? I’m not a gay Mexican man, but it was important for me to have a gay Mexican man who was a brujo and wanted a baby, and to go through what he had been through, but for him to also be successful. He went to business school and he’s smart – he’s not a stereotype. I wanted to reflect that, but also I wanted there to be a non-romance between two people. Two people who are kind-of lost and find each other and solve this mystery and come out of it at the end.

“The most challenging thing writing this was my emotions, revisiting some of the scenes where I really felt the why. Going through the journey of gaining self-confidence and self-awareness. Writing has helped with that, which you see in Queen of the Cicadas, and you’ll see in The Haunting of Alejandra. I feel both books reflect transformation and a gaining of self-awareness, and finding your place in a world that often is difficult to navigate as a woman of color. The emotions were the hardest part. You end up doubt­ing yourself. But I couldn’t. 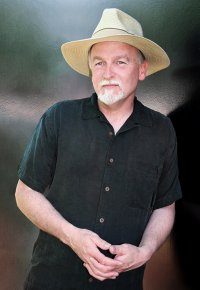 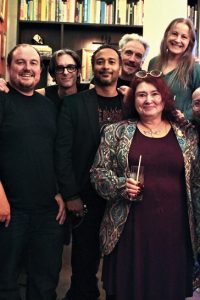 Comments from the 2016 Locus Poll and Survey