L.E. Modesitt, Jr.’s Rex Regis debuted at first place on the hardcover list, and the Gollancz edition of Terry Pratchett’s Raising Steam held its place in second once again. The new runner-up was Robert E. Howard’s The Complete Chronicles of Conan (Gollancz) out of 54 titles nominated, down from 58 last month.

George R.R. Martin’s A Dance With Dragons remained at number one, and A Memory of Light by Robert Jordan & Brandon Sanderson debuted as number two on the mass-market list this month. The new runner-up was The Wise Man’s Fear by Patrick Rothfuss (DAW) out of 56 titles nominated, up slightly from last month’s 53.

Fahrenheit 451 by Ray Bradbury took first place on the trade paperback list this month. The new runner-up was 1636: Seas of Fortune by Iver P. Cooper (Baen), with 41 titles nominated, up from the 36 we saw last month.

Star Trek: The Fall: Peaceable Kingdoms by Dayton Ward made its debut at number one among the media-related titles, and the new runner-up was Doctor Who: Shada by Douglas Adams & Gareth Roberts (Ace). There were 23 titles nominated, up from 19 last month.

Assassin’s Creed: Black Flag by Oliver Bowden debuted at number one in the gaming-related titles, with no runner-ups. There were 19 titles nominated, the same as last month. 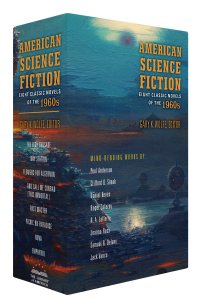