Alan DeNiro’s second collection Tyrannia and Other Renditions is even stranger and more ambitious than his 2006 debut Skinny Dipping in the Lake of the Dead. DeNiro prefers hard questions to easy answers, and his stories eschew neat resolutions and tidy explanations, but while he makes liberal use of surrealism and absurdity, there’s usually a rigorous structure underneath, whether it’s carefully thought-out thematic underpinnings or complex SFnal worldbuilding. DeNiro never over-explains, and we rarely learn more about the strange worlds he shows us than what the viewpoint characters know or bother to speculate about, and since angels with flying guns, telepathic aliens, and immense monsters that eat mountains are all everyday occurrences for those characters, there’s plenty of ambiguity and unexplained strangeness. The result is an exhilarating sense that DeNiro’s fictional worlds sprawl beyond the edges of exposition, instead of being closed systems that can be understood completely. (The stories are often darkly funny, too.)

Along those lines, ‘‘Plight of the Sycophant’’ concerns a human working a menial job in a town bordered by an impassable waterfall patrolled by heavily armed ‘‘angels’’ who control access to the mysterious land beyond. He’s charmed by a creature – possibly a renegade angel – and magically enslaved to her will, and DeNiro pulls off the neat trick of making us care about a character who is, necessarily, basically passive. Another standout, ‘‘Walking Stick Fires’’, is set on an Earth being pillaged for resources by assorted aliens (one of whom narrates), and it moves from motorcycle mayhem to visionary science fiction without the oddly breezy tone ever faltering. ‘‘The Flowering Ape’’ is as close as DeNiro comes to conventional SF, set in the Parameter universe he’s explored in other stories, where some humans are linked telepathically with the mysterious alien ‘‘shepherds’’ who make space travel possible. This time the setting is used to tell a moving young-adult story about teenage conformity, spaceship joyriding, and discovering your own identity, but there’s still plenty of hallucinatory weirdness to go around. In ‘‘The Wildfires of Antarctica’’, a genetically engineered work of art called Roxy: Shark * Flower – part human, part shark, part flower – escapes from a museum to make its own way in the world, to the dismay of the wealthy man who commissioned it, for heart-wrenching reasons revealed near the end.

There’s a political undercurrent in many of the stories (perhaps you guessed from the collection’s title), and DeNiro has a lot to say about fundamentalism – both political and religious – and about the extreme acts committed in the name of opposing such fundamentalism. ‘‘Moonlight Is Bulletproof’’ takes place in a near-future world torn apart by terrorism, where agents from the Coalition of Interested Forces are projected holographically to dangerous places to investigate crimes, with local ‘‘proxies’’ carrying out their instructions to torture and interrogate. In other hands it would be an interesting technothriller, but DeNiro takes it in a more transcendent direction, with a plot that involves a virtual paradise where the minds of suicide bombers can be uploaded, and a sorrowful conclusion. ‘‘(*_*?) ~~~~ (-_-): The Warp and the Woof’’ takes place in a similarly broken future. It mostly concerns a jingoistic novelist of two-fisted technothrillers who once advised a militaristic president to commit horrible acts, but there’s also a genetically engineered sloth, murderous religious fanatics, and an idealistic translator; it’s a patchwork story that provides brief glimpses of the bizarre wider world, to pleasing cumulative effect.

‘‘A Rendition’’ is set much closer to now, and begins as a work of crime fiction, with a group of idealistic college students plotting to kidnap a professor who wrote memos defending government torture in order to expose him to the same interrogation techniques he argued should be legal. Once the crime is underway, though, things get increasingly weird and tinged with supernatural horror, as DeNiro demonstrates the way torture debases and deforms those who perform it as well as those who endure it. Opening story ‘‘Tyrannia’’ is a surrealistic piece organized around the decomposition of the corpse of a man who, in his old age, decides to become an ‘‘agitator, to disturb the peace’’ and is killed by agents of his country’s dictator, while long poem ‘‘Tyrannia (II)’’, with its anaphoric repetition of the phrase ‘‘This is the story,’’ takes on an incantatory power and can be read as a summing-up of the book’s major thematic concerns, with clear connections to the story that shares its name.

The closing spot doesn’t go to the second ‘‘Tyrannia’’, though, but to ambitious metafiction ‘‘The Philip Sidney Game’’. The piece begins with the author-as-narrator musing on a story he started writing and then abandoned. Elements of the work seem to bleed into reality, and the weirdness is ratcheted up ever-higher as things progress, with revelations about a secret society, and the author receiving a package that contains alternate endings to the story – which might serve as troubling personal prophecies. The ending is ambiguous even by DeNiro’s standards, but the overall experience is chilling. 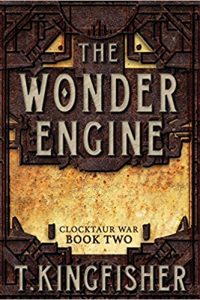 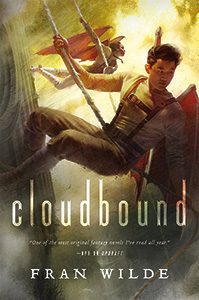