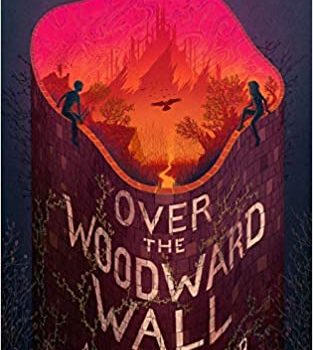 A. Deborah Baker, Over the Woodward Wall (Tor.com Publishing 10/20) Baker is an open pseudonym for Seanan McGuire, and Over the Woodward Wall began as a book-within-a-book, a middle-grade fantasy discussed in McGuire’s 2019 novel Middlegame. The full-length version is a deliberately classic children’s fantasy and begins the Up-and-Under series. “Delec­table, a ripe treat for lifelong readers…. It’s filled with adventure and wisdom, and navigates well-worn ideas with fresh enthusiasm.” [Katharine Coldiron]

Terry Brooks, The Last Druid (Del Rey 10/20) Brooks began exploring the world of Shannara, setting of his bestselling and influential epic fantasy series, with The Sword of Shannara in 1977. Now, after more than 40 years and 30 volumes, through prequels and spin-offs and sub-series, we have the concluding volume of both the Fall of Shannara saga and the series as a whole, as the heroes defend their land against the invading Skaar.

P. Djèlí Clark, Ring Shout (Tor.com Publishing 10/20) Clark’s latest literary fantasy novella vividly explores the terrors of the South in the 1920s, with a plot involv­ing supernatural menace, the Ku Klux Klan, and the dark spectacle of The Birth of a Nation. A “wildly imagina­tive, superbly written narrative about friendship, magic, and fighting racism… a smart reimagining of history that pushes current racial tensions to the forefront and forces readers to remember that bigotry should be fought in all its incarnations.” [Gabino Iglesias]

Diane Cook, The New Wilderness (Harper 8/20) This gripping and dystopian debut is getting a lot of buzz, including a spot on the Booker Award longlist. In a climate-ravaged near-future, a woman volunteers to be part of research study: she and 18 others travel to the un­tamed “Wilderness State” to determine whether humans can successfully return to a hunter-gatherer lifestyle.

Ellen Datlow, ed., Edited By (Subterranaen 9/20) Star editor Datlow pored over the scores of antholo­gies she’s edited over the years and selected 30 of her favorite stories. Authors include Pat Cadigan, Ted Chiang, Kelly Link, and Lucius Shepard. It also includes an introduction by Gary K. Wolfe and an interview with Datlow conducted by Gwenda Bond.

Cory Doctorow, Attack Surface (Tor 10/20) The Locus columnist and technology activist returns to the world of his bestselling near-future YA novels Little Brother and Homeland, but this time, it’s a standalone adult novel. Counterterrorism expert Masha Maximow has a day job creating technol­ogy repressive regimes use to crush dissent… but sometimes she secretly uses her elite skills to help dissidents evade capture, a habit that has dangerous consequences for her friends and family.

Neil Gaiman, The Neil Gaiman Reader (Morrow 10/20) When exploring the work of a prolific author with a long career, sometimes it’s hard to know where to start, and this volume provides an extensive overview of Gaiman’s oeuvre, with nearly 50 stories (16 of them Locus Award winners!) presented in publication order, along with excerpts from five of his novels. Gaiman provides a preface, and there’s also a foreword by Marlon James.

Alix E. Harrow, The Once and Future Witches (Redhook 10/20) The Hugo Award winner’s sopho­more novel (after last year’s The Ten Thousand Doors of January) is about the complex relationship among three sisters with a family history of magic, in a version of 1893 where witchcraft is real… and widely feared, despised, and persecuted. “With its adroit balance of narrative playfulness and imminent tragedy, [it] is as fully original and impressive as its predecessor, and is just a hoot to read.” [Gary K. Wolfe]

S.L. Huang, Burning Roses (Tor.com Publishing 9/20) This year’s Hugo Award winner for best short story has written a literary fantasy novella inspired by the fairy tales of different cultures, with Rosa (AKA Little Red Riding Hood) joining forces with Hou Yi the Archer to fight the lethal sunbirds that have appeared to ravage the land.

Gregory Maguire, A Wild Winter Swan (Morrow 10/20) Maguire has made a career of writing the untold stories of characters from beloved fictional worlds (Oz, The Nutcracker, Wonderland, and the realm of fairy tales). This time he turns his attention to Hans Christian Andersen’s “The Wild Swans”, transforming it into a coming-of-age story about a young woman in 1960s New York at Christmas time.

Garth Nix, The Left-Handed Booksellers of Lon­don (Tegen Books 9/20) One of the modern masters of YA gives us a fantasy adventure set in a “slightly alternate” version of 1980s London, about a young woman on a quest to find her father who discovers a secret order of swashbuckling librarians defending the city against magical threats. “A splendid adven­ture with sly worldbuilding and the sort of protago­nists/heroes who draw readers in from the very first… gives book lovers a solid treat.” [Colleen Mondor]

Rebecca Roanhorse, Black Sun (Saga Press 6/21) The Hugo and Nebula Award winning author of the Sixth World series breaks new ground with an epic fantasy novel, this time set in a world expired by the pre-Columbian cultures of America, launching the new Between Earth and Sky series.

This and more like it in the December 2020 issue of Locus.

Our very strange year invited, among other things, mournful reflections on a past that felt abruptly truncated, and a number of non-fiction titles, though surely in production before the world’s temporary suspension, were eerily attuned to this backward gaze. Then again, SF/F/H have a tendency to steep themselves deeply in their own genre pasts and traditions, even as they often compost these into unexpected futures, so the apparent synchronicity may