Before we look at the merits of the actual fiction in this sturdy, entertaining, surprisingly illuminating new anthology—whose contents have been drawn entirely from a fondly remembered but essentially minor digest SF magazine of the 1950s—let us unstintingly praise the book’s editor and its publisher. Without their mutual and interlocking contributions, the world would have been deprived of a little treasure. Not to minimize the primary role of the fiction writers involved, but this is an enterprise that owes as much to its curators as to its creators.

First comes editor Robert Silverberg. A living legend, still wittily active and productive, this SFWA Grandmaster was just beginning his career at the time these stories were first published, and was in fact central to the success of the magazine being surveyed, Super-Science Fiction, which ran from 1955 to 1959. He provides an evocative, informative introduction to the milieu, full of history and anecdotes. (Lead-ins to the individual stories too!) His are the eye and hand that selected the nuggets from the composting pages of S-SF for inclusion here. And if he did not in fact actually plant the seed of this book—no details of its eureka inception are given—then he still raised it up lovingly as if it were his own brainchild.

And what of Stephen Haffner, the publisher? By now, simply to state that you are holding a Haffner book should be shorthand for brilliant design and production values, as well as keenly discerned historical significance. The delightful small trim size here echoes a digest magazine. The colorful endpapers reproduce sixteen out of the eighteen total covers for the magazine. (You can of course see them all online at Phil Stephensen-Payne’s fine site, Galactic Central.) Additionally, B&W interior illos from the pages of S-SF complement each story. And the boards and dustjacket and paper stock feel like archival quality. All at a price to compete reasonably with shoddier items from much-larger firms. Bravo!

Now, what of the fourteen stories? From a project like this, we hope above all for obscure wonders, and that’s indeed what we get. Aside from the familiarity of Silverberg’s own “Catch ‘Em All Alive,” which has previously been deservedly reprinted here and there under the original title “Collecting Team,” we get a raft of excellent rarities from seminal Big Names, and some gems from Lesser-Known Writers.

Henry Slesar delivers eerie planetary adventure with a psychological component in “Who Am I?” “Every Day Is Christmas” finds James Gunn channeling black humorist Fred Pohl by way of any number of noir writers. A. Bertram Chandler handles artificial intelligence in “I’ll Take Over,” while Don Berry evokes layers of distant galactic empires in “Song of the Axe.” Robert Bloch prophetically shows magic triumphing over science (our commingled genre’s recent history in a nutshell) in “Broomstick Ride,” while Jack Vance’s Magnus Ridolph series story “Worlds of Origin” merges a murder mystery with anthropological oddness in the patented Vance manner.

Robert Moore Williams, of all unlikely people, effectively plumbs existential angst with “I Want to Go Home.” In a similar vein, J. F. Bone explores cosmological/theological concerns in “The Tool of Creation.” Daniel Galouye sets up a bizarre if slightly guessable ecological scenario in “Hostile Life-Form.” Alan Nourse does a very creditable Thorne Smith riff with the chronicle of two men who swap talents in “The Gift of Numbers.” The derogatory phrase “spam in a can,” used by early US astronauts for helpless test subjects, is prefigured with some emotional resonance by Charles Runyon with “First Man in a Satellite.” An advance scout for the emigrating population of Earth must practice open-faced deceit to help his species in Tom Godwin’s “A Place Beyond the Stars.” Lastly, Silverberg’s “The Loathsome Beasts” illustrates the final slide of Super-Science Fiction into a somewhat juvenile speciality zine.

Aside from their not inconsiderable craftsmanship and entertainment value, these stories prove deeply illuminating about how much SF has and hasn’t changed.

First, of course, modern readers will note the all-male author roster and the homogeneity of protagonists and their worldviews. This uniformity and congruity of writers, characters and readers is no more nor less than just how the field was in this era. Attempts to retroactively criticize such a monolithic front or impose the standards of 2012 upon these tales would be historically ignorant, tendentious, unproductive, and generally dumb. If any reader can’t accept these as artifacts of another age that still possess the power to thrill, then that recalcitrance reveals more about such a reader’s narrow-mindedness and ideological blinders than it does about 1959.

But the very narrowness of the 1950s field gives these stories a kind of consensual power missing today. The approved methods of narration generally employed back then might strike us now as somehow old-fashioned or simplistic, naïve or over-linear. Yet I would argue that the best stories in this book and from this era achieved surprisingly complex and rich frissons with such a circumscribed toolkit. Likewise, certain uniform assumptions about the future of humanity could be made, accepted and then innovatively played with, freeing authors from having to reinvent the wheel every time. Like all well-defined and delimited styles or schools or modes, variation within a framework produced similar but distinct objects for the delectation of those with refined and codified tastes. The field today, of course, caters to the opposite: little specialist niches for every possible desire. Something’s lost, and something’s gained.

But what these stories also exhibit is the absolute continuity of SF tropes down five-plus decades. It’s amazing how the same templates still continue to be used, especially in media SF. The Slesar story could be the script for a Total Recall sequel. The Gunn is the seed of something akin to The Truman Show. Chandler’s AI shows up in Stross and Gibson. Berry’s story could easily take place in a corner of the Star Wars universe. Bloch’s science-versus-magic riff echoes in a hundred fantasy trilogies. Galouye is laying down the lines of the Alien and Predator franchises. Bone is predicting something like Aronofsky’s The Fountain. Godwin prefigures Battlestar Galactica. And Silverberg’s concluding piece could be the matrix for every SyFy Channel original movie.

What these authors—laboring for two-cents-a-word and the modest glory and acclaim to be found from a few thousand fellow cognoscenti—achieved was to build up and extend the foundations they inherited from a prior generation into a world-conquering vision that today owns the cultural landscape. 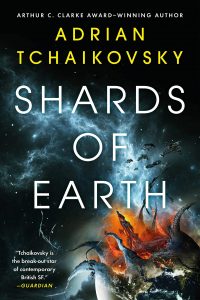