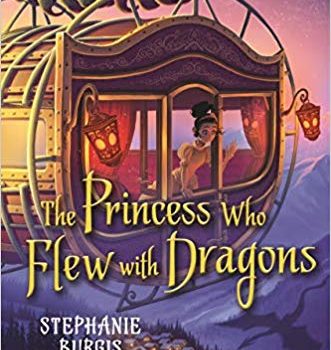 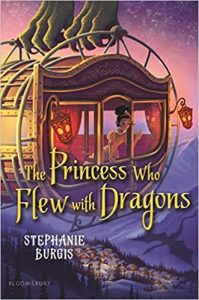 Princess Sofia dreams of being a philosopher, but mostly feels like a failure at the start of this third novel in the charming middle-grade series Tales from the Chocolate Heart. A born scholar, the twelve-year-old princess never quite lives up to her family’s expectations, and she’s very upset at being sent off to the foreign land of Villene to play diplomat at a big tech­nology exhibition, which royals from all over are expected to attend. Things get worse when the king takes offense at her arrival, and she’s banned from court. Then again, if she’s a failure as a princess, Sofia figures she might as well go all out and sneak into the local university to see a lecture by her favorite philosopher. She learns some harsh truths about the real world and the difference between the classes, but also finds some unusual friends and actually enjoys herself – until ice giants show up and freeze a bunch of royals to take back to their frozen kingdom as hostages. Fortunately, Sofia’s smart, determined, and, above all, willing to learn, and with a little help from her friends, including her dragon pen pal Jasper, she saves the day. This middle-grade tale is on the young side, and keeps both problems and the final solution a bit simplistic, but it’s fun watching it all play out. 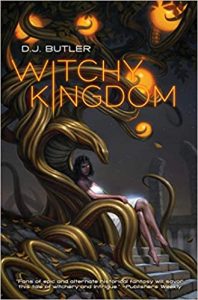 Sarah Elytharias Penn (AKA Sarah Calhoun) is still trying to figure out how to access the power of her new throne in this third volume in this Witchy flintlock fantasy series. She’s under a lot of pres­sure, what with her new city/kingdom besieged on one side by the Heron King’s beastmen and on the other side by Imperial forces with zombies, cannon, and the dark sorceries of the undead magician Robert Hooke and the powerful ghost of necromancer Oliver Cromwell. In the city, she’s got a powerful priest undermining her, while her military leader Captain Sir William Johnston Lee is wounded and doped up. Other forces fight elsewhere, with her new-found brother Nathaniel out looking for their sister Margaret, with the help of Jacob Hop and his Tarock (tarot) cards. Sarah’s “cousin” Calvin Calhoun has returned home to Appalachee, only to receive a daunting new as­signment. Then there are continuing conflicts in New Orleans and elsewhere. The plot and cast have gotten unwieldy; it’s hard, and a bit wear­ing, to keep track of all the players. Still, Butler does an outstanding job of making his colorful cast memorable, and keeping the action interest­ing despite changes of scene every few pages, building tension as the separate plot lines begin to come together for a grand finale – and a few cliffhangers. 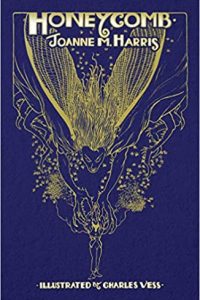