I want to follow up on Paul’s mention of trans- and post-humans, and Kathy’s mention of “Wang’s Carpets”. One critique that is sometimes mentioned is that Egan’s post-humans are too much just-normal-humans-in-VR, or put another way, that maybe they aren’t alien enough. Thoughts?

“… Egan’s post-humans aren’t too much just-normal-humans-in-VR, or put another way, that maybe they aren’t alien enough”

Well, this is the infuriating thing about critiques of hard sf, in that a lot of them don’t seem to understand what hard sf wants to achieve. If Egan’s posthumans were any more alien than they are, people would complain that they were unrelatable!

Furthermore, that criticism implies some sort of solid idea of what posthumanity would actually be like, which is a little like getting sniffy about, I don’t know, fantasy dwarves being insufficiently dwarfish; where is the canonical conception of dwarfishness to be found, other than in the strata of accumulated paraliterary cliché that has come before? Posthumanity (at least as presented in most hard sf) is a concretised metaphorical extrapolation of our current human condition, based on assorted theories and ideas about how said human condition might be transcended by technological means; it is an imagined extension of what we currently know (or perhaps believe) ourselves to be, and that continuity with the reader’s point of experiential reference is what makes Egan’s work (and other similar tomes) works of imaginative fiction rather than works of speculative science. To put it another way: if Egan’s posthumans weren’t identifiably descended from humanity 1.0, even fewer people would read his books!

And really, how much more alien do they need to be? Egan’s characters have shed the constraints of physical embodiment, of senescence and ageing and gender; they engage with the accumulated knowledge of their species with an intimacy that makes contemporary science look like a particularly rigorous end-state of alchemy or natural philosophy; they cross vast expanses of spacetime as casually as a Stephen King character drives to the town store for a 40oz of beer; they not only comprehend the topology of dimensions far beyond (or is it deep within?) the four we usually inhabit, but explore them – often for little more motivation than the solving of a mystery or the answering of a nagging philosophical question. Egan’s characters chase answers for the same reason mountain climbers climb mountains: because they are there to be climbed. Mountain climbers are recognisably human, but the vast majority of humans are not recognisably mountain climbers.

“Posthuman” implies a transcendence of humanity, certainly, but the whole point of the posthuman as a trope is to reimagine the familiar (namely ourselves) as having the potential to become the alien; it’s about immanence. If Egan’s posthumans were any more post-, they would stop being recognisably human and simply be aliens. The implied continuity between reader and character is the core rhetorical thrust of posthuman sf; as such, I’d suggest that to complain that Egan’s posthumans are recognisably human in origin is to misconceive his entire project.

To Paul’s on-target comments I would add that one of the characteristics of many of Egan’s post-humans is the ability to choose what kind of being to become–they can redesign themselves arbitrarily, though our viewpoint characters are (necessarily) those whose redesigns leave them in recognizable emotional-intellectual configurations. Through them we catch glimpses of the ones who transform themselves beyond even the most post of post-human conditions.

And that ability to choose is one of the hallmarks of Egan’s notion of what it means to be sentient–though I suspect that it is not as dear to his heart as that drive that I still can’t come up with a better term for than “curiosity”: a passion for understanding, for unscrewing the inscrutable. And some sentients follow that passion in directions and for distances that take them right past the limits of recognizable humanity–because they can choose to reconfigure themselves and go out there. And others choose to remain closer to their species roots and enjoy the thingness of things (even when the things are simulacra lacking material thingitude) and the satisfactions available to creatures based on our historical /evolutionary configurations.

In Teranesia, Prabir has a wonderful rant that I think grows out of the paired passions for understanding and choice: “My idea of beauty has nothing to do with survival: of all the things evolution has created, the ones I value most are the ones it could just as easily crush out of existence the next time it rolls over in its sleep. If I see something I admire in nature, I want to take it and run: copy it, improve upon it, make it my own. Because I’m the one who values it for its own sake. Nature doesn’t give a fuck.” (I snagged this out of my old review–my copy of the book is buried somewhere, and my memory’s not that good.) Schild’s Ladder has a similar rant against transcendence as a shabby, inadequate substitute for real understanding of the real universe.

Paul’s point about posthumanism is well-taken.  I think that the exploration of the possibilities of trans- and posthumanity is the strongest and most long-standing aspect of Egan’s amazing oeuvre, his philosophical center.

This is brief, but I was thinking today about how, for Egan, there seem to be two kinds of posthumans–those who continue to be eager to explore, to continue to live, and those who become bored by endless possibility. 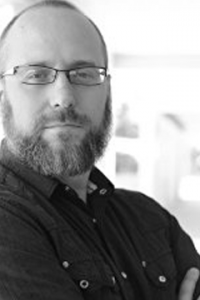