Russell, I think you captured something very important with that small word, ‘curiosity.’ Egan seems to have it in spades, and I can’t quite make up my mind if he has a difference in quantity or in kind from other sf authors of his generation. As Kathy mentioned in the beginning, he seems to fictionalize philosophical concepts in a way that’s unique–even compared to other canonical hard-sf writers such as the Gregs Bear and Benford. With thoughts towards closing remarks, could folks chime in with any expansions on that thought?

“Curiosity” is such a watery word for what I sense in Egan. I’ll bet there’s some double-jointed polysyllabic German term that means “a passion not only for structural, functional, and operational understanding but for the implications and connections that make for value or meaning.” With a side order of irony and humor, to cut the Teutonic earnestness a bit.

Egan is a close-up version of Olaf Stapledon, minus the interwar sense of impending tragedy and with a willingness to engage the individual. The Diaspora–Incandescence–Teranesia–Zendegi subset shows a range that stretches from the personal-familial-social through the epistemological right out to the most nose-bleeding, toe-curling parts of metaphysics. What is a “person”? What is love? What is free will? What is “the invariant of consciousness”? What do terms like “spirituality” or “transcendance” or “beauty” mean in a universe of purely material processes? If you can be anything you wish for, who is doing the wishing and where does that entity go when the wish is “Make me into something utterly different”? Who is Mister Volition, that we should be mindful of him?

And the guy can write. What more could we ask for, except that he keep doing what he’s been doing.

When it comes to melding philosophy and humans/posthumans, Egan tacks closer to the wind than any author I can think of.  He takes wild chances, yet maintains full control, which makes for a very exhilarating ride.

I read science fiction because I enjoy the view.  Egan is like an expert sherpa.  He transports the reader into gradually more alien territory, but we move step by step, advance up the mountain in recognizable camps, adjusting gradually to the lower oxygen level.  When we finally get to the mountain peak, whether it is the day after tomorrow, as in Zendegi, or a billion years hence, he steps back, leaving nothing between the reader and a view that is prenaturally sharp–utterly real, completely supported, and astoundingly revelatory, as if we have been stealth-launched to hang glide on the edge of a new atmosphere, at a place where we can’t really survive for long as we are now but which we might be able to fully inhabit in the future.

He does this with a unique style and an inimitable point of view.  I think that because of his mathematical bent–he writes as if building a theorum, but one that is fully human–he goes places that few other writers even understand, much less try to visualize fictionally.

His work is so pure that it rings, like crystal. 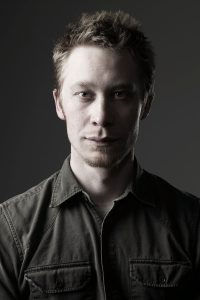