As far as I can tell, Charlaine Harris and Carrie Vaughn and others are paranormal romance, where de Lint and Lindholm are urban fantasy, but recently, somewhat unfortunately, paranormal romance/mystery has started to be called urban fantasy, which I think is misleading.  De Lint and Lindholm have roots that go back to Fritz Leiber and Unknown magazine, while Harris and Vaughn have quite a different set of ancestors.  Nobody is going to read books by the two sets of authors and think that they’re writing the same thing; tone is very different.

This distinction is going to mean nothing to Charlaine Harris fans, of course, who will probably go on calling her work urban fantasy if they want to.

Just a tangent to the epic fantasy discussion — paranormal romance and urban fantasy (I’ve been calling the newer, “morphed” version of US “modern” urban fantasy, which is misleading because the other kind still gets published too, just doesn’t sell as well) are actually two very different subgenres, not at all the same thing.  One originated with romance publishers (PR), the other (UF) grew out of fantasy publishers and somewhat out of the “old” kind of urban fantasy.  One adheres to romance tropes (PR, the happily-ever-after ending for example), the other adheres to fantasy tropes (UF, maybe happy, maybe rocks-fall-everybody-dies, maybe no romance at all).  The takeaway here is that fans don’t think of them as one and the same.  Frankly, the only people who tend to treat them as the same thing are science fiction lovers and other outsiders, most of whom haven’t actually read much of it.  🙂

Most of the Big Bestsellers are in paranormal romance, but I’d put Terry Pratchett under the old urban fantasy heading, with clear roots to the old Unknown stuff (which he admitted to when I interviewed him once), also Neil Gaiman, and they sell pretty well.  George, who’s selling well enough now that we’re doing a Roundtable about it, isn’t really either subgenre, but my guess would be that he’d be more in sympathy with the older style of urban fantasy than the more recent “urban fantasy”/paranormal romance work.

But the phrase “we tend to end up looking for…” seems to me to speak of the longing for a sea change, a book that comes from nowhere and blows you away.

Which may be why so many publishers are now in such deep trouble. 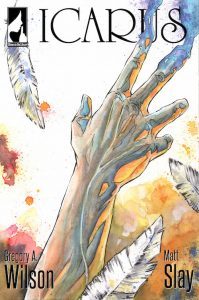