My 2009 novel Makers concerned itself, partly, with the upheaval that might attend cheap, ubiquitous 3D ‘‘printing.’’ I put ‘‘printing’’ in scare quotes because calling a device that produces arbitrary, articulated three dimensional objects (including functional, assembled multipart mechanisms and solid-state devices) on demand a ‘‘printer’’ is like calling a car a ‘‘horseless carriage’’ or Skype an ‘‘Internet telephone.’’

One aspect I didn’t delve into with much depth is the way that on-demand objects change the relationships between customers and vendors, creators and audiences. Most importantly, on-demand objects share an important characteristic with digital goods, which is that they can be produced without sinking capital into production in advance of demand, and with much less supply-chain complexity.

Obviously, ODOs aren’t exactly the same as digital objects: making a copy of a digital object costs, essentially, nothing, while an ODO could cost a whole lot to make, as when you print out large piece of gold jewelry.

But ODOs have got immense advantages in relation to physical objects. Take an on-demand book: traditional books have to be printed in large lots to realize the production savings that make them economically viable. Technology has been eating away at minimum edition sizes for years, of course. When I started selling short stories in the mid-nineties, first novels were usually brought out as mass-market paperbacks with run-sizes in the tens of thousands. My first novel, Down and Out in the Magic Kingdom, was published in 2003 with a hardcover edition size of 10,000. It’s gone on to be reprinted in trade paperback, and while it’s sold into six figures now, it has been reprinted in editions as small as a few thousand copies.

Editions of two thousand copies are a lot cheaper and easier to experiment with than editions of 50,000 copies. But neither can match the flexibility of print-on-demand, which enables writers or publishers to produce editions of zero copies, such that the book only springs into existence as a physical object at the instant that someone orders it. Already, the Kindle Marketplace is full of strange phenomena that arise as a consequence of this odd trait of ODOs: automatically generated books that compile public data or web-pages (sometimes without copyright permission) into ‘‘books’’ that are as infinitely varied and mutant as a motley Petri dish of single-celled organisms.

One chewy consequence of this is the way it changes what is or isn’t a commercial object. For example, Thingiverse, the online repository for printable 3D models of various useful or imaginative shapes, sports a wide range of ODOs: all the parts necessary to make a functional mechanical clock, custom tokens for the bestselling Settlers of Catan board-game, and mutant hybrid Duplo bricks that interconnect with Brio train tracks. Thingiverse users can produce Lego-compatible bricks with any arbitrary number of crosswise and lengthwise bumps, replacement parts for antiquated calculators, and much else besides.

Historically, these ODOs would have either existed as artisanal, hand-made one-offs created by obsessive fans, or as cheap, badly made knockoffs produced by injection mold in nameless factories in a Pacific Rim special economic zone and sold under the radar of trademark enforcers.

It’s highly unlikely that they would have become normal, legitimate objects of commerce. The people whittling or casting their own Settlers of Catan pieces would never have gotten a license from the game’s publisher and probably couldn’t have afforded a lawyer to help them figure out if their objects violated trademark or copyright. The legitimate companies would never have made niche products for tiny audiences – producing objects at that scale presents a nonsensical proposition to their marketing, distribution and retail procedures. Nor did it makes sense for them to license onesie-twosie production runs of fan objects – the net profits from such a deal wouldn’t begin to pay for the cost of drafting and negotiating the contracts for it.

Now, inch by inch, odd, legally ambiguous objects are starting to creep into the stream of commerce. It started with eBay, where the occasional handmade fan-oddity would turn up amid the licensed goods and the knockoffs. Then Etsy turned it into a real cottage industry, a glorious, wild marketplace of handmade curios and oddities, many straying into territory that would give any corporate lawyer the hives.

But those weren’t ODOs, and that meant that there were practical limits on how popular they could get and how much money they could earn.

The economics of the world where ODOs meet fan activity are weird as hell. For one thing, experimenting with price with ODOs is very simple – a model-creator who’s selling through one of the ODO marketplaces like Shapeways or i.Materialise can adjust her pricing from day to day, looking for the sweet spot where the largest number of customers are willing to pay up. What’s more, the marketplaces themselves offer customer-driven variable pricing based on choices of materials: you can print an object in plastic for $x, in stainless steel for $y, and in gold for $z: you choose. There’s no need to warehouse all the possible permutations of objects and materials – objects spring into existence when a customer commands them to.

This means that ODOs can be produced at approximately the rate at which they are demanded (in practice, sometimes the marketplaces’ 3D printers get busy, causing delays). This curious circumstance – objects that can be abundant when demanded, but cost nothing if no one wants them – points the way to a new model for licensing and collaboration between fans and publishers, manufacturers and creators.

One of the most radical and intriguing notions in alternative licensing to date is filmmaker/cartoonist Nina Paley’s ‘‘Creator Endorsed’’ mark: ‘‘a logo… that a distributor can use to indicate that a work is distributed in a way that its creator endorses – typically, by the distributor sharing some of the profits with the creator.’’ Paley (and her partner organization, QuestionCopyright.org) see Creator Endorsed as a way to throw copyright to the wind, while still signalling to buyers which products have the blessing of the original creator.

I think that ODOs could turn Creator Endorsed on its head: what if there was a mark that indicated that the creator hadn’t endorsed a product, but was still splitting the take with the upstream licensor. For example, if you wanted to make your own 3D modelled action figures derived from one of my novels and offer them for sale, you wouldn’t need to get my permission – you could just add the ‘‘no endorsement’’ mark to the product and send me a fixed percentage of the gross. Ideally, this would be a high percentage without being punitive, say 25%.

Here’s how that could work: tens, hundreds or thousands of fans with interesting ideas for commercially adapting my works could create as many products as they could imagine and offer them for sale through i.Materialise or Shapeways. There’s no cost – apart from time – associated with this step. No one has to guess how many of these products the market will demand and produce and warehouse them in anticipation of demand. Each product bears the ‘‘no endorsement’’ mark, which tells you, the buyer, that I haven’t reviewed or approved of the product, and if it’s tasteless or stupid or ugly, it’s no reflection of my own ideas. This relieves me of the duty to bless or damn the enthusiastic creations of my fans.

But it also cuts me in for a piece of the action should a fan hit on a win. If your action figure hits the jackpot and generates lots of orders, I get paid, too. At any time, we have the option of renegotiating the deal: ‘‘You’re selling so many of these things, why don’t we knock my take back to ten percent and see if we can’t get more customers in the door?’’ Setting the initial royalty high creates an incentive to come to me for a better deal for really successful projects.

Thingiverse tells us that the possible permutations of ODOs beggar the imagination. Individual approval for all of these possibilities is a badly-scaling mess. A no-endorsement mark offers a scalable alternative, albeit one without any enforcement mechanism (if you care about enforcement, you’re still stuck with tracking down and threatening or suing all the people who use the mark without sharing their income, or who just rip you off and make their own stuff without using the mark at all). But if there’s one thing the file-sharing wars have taught us, it’s that there’s more profit in figuring out how to let honest people do the right thing than there is in chasing down cheapskates who don’t want to pay up – especially when the anti-cheapskate measures make life miserable for the honest cits. With the right administration, non-endorsement royalties could be collected by reputable 3D printing sites.

I first proposed a variation of this in a column for Internet Evolution in 2009, thinking that this would be most applicable for sites like Etsy. But as 3D printing marketplaces race past traditional crafting sites, it seems to me that there’s a world of potentially mass-produced objects that need some lightweight, simple way to get legit, avoid legal wrangles, and focus on making great stuff instead of enriching the legal profession.

From the July 2011 issue of Locus Magazine 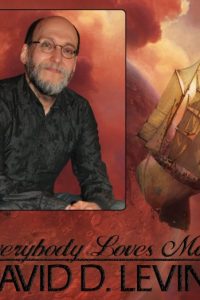 14 thoughts on “Cory Doctorow: No Endorsement”