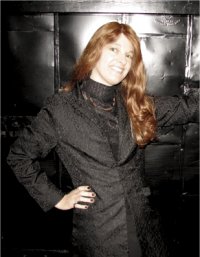 In 2004 she began publishing The Hollows, her bestselling urban fantasy series about witch Rachel Morgan, as Kim Harrison. She keeps the Harrison and Cook identities separate, and does public appearances as Harrison in a wig and a different wardrobe.

She lives in South Carolina with her husband and two children.

“I’ve had a lot of people link the Kim Harrison name with the Dawn Cook name. Until now my pat answer to people asking if Dawn and Kim were the same person has always been, ‘I heard that before, and I just laughed and laughed!’ (I have never really lied to a reader or a fan — I’ve just evaded the question.) I’ve also had readers who know Dawn and Kim are the same person, and have watched them jump down somebody’s throat and tell them, ‘This is not true, this is not so.’ They’re fighting my battles for me, because they know I love my privacy! They are very loyal, and I love them all. But lately the rumor mill has been going nuts, and it’s time to come out.

“I’m glad it’s out in the open, because it is hard to maintain these two separate identities, and remind your friends or family when you go out, ‘I’m Kim today, so don’t call me Dawn.’ The division has served its purpose. I’m still going to be Kim, but now if somebody calls me Dawn I won’t have to say ‘Shut your mouth!’”

“I could almost give you the date when I started writing. Tim was off at a business meeting and I was home with the kids, and I got bored. I’d recently read two books where I wasn’t happy with the endings, and I said, ‘I could do that!’

“Well, I couldn’t. But I picked up the pen and started writing. I wrote for about an hour, and then the next day wrote for another hour. And then I got bit by the ink bug really bad. It just kind of took over. Like I said, I couldn’t write as well as the people that I was reading, but I fell in love with the process of putting words on paper and seeing how you could manipulate thoughts and images.”

“The Kim Harrison persona has really become more of a job title, if I can put it that way. When I’m out doing things with the public — when I’m on my website answering e-mail — when I’m doing interviews and events — I’m totally different then when I’m home writing. When you go out in front of people, you put on your good clothes and you get your hair done. It’s an extension of that. I don’t want to say it’s like armor, but there’s a little bit of that, too. If I’m wearing my Kim Harrison ‘hat,’ they can’t hurt the author who’s actually typing the stuff.

“I was requested to keep the two personas separate so the numbers for the Kim books were not influenced by the numbers for the Dawn books. That was the original intent. But when I started doing more public appearances, I realized how valuable the separation was. That’s when the black started entering my wardrobe. I probably went overboard a little bit when I started out, with the leather and the Goth, but it’s been fun watching my wardrobe evolve and become a little more sophisticated. Now I’ve got some actual color in my Kim wardrobe, which has been nice.”

“I don’t want the name ‘Kim Harrison’ plastered all over the Dawn Cook books. We’re trying to treat the division with dignity and respect. A lot of my Kim readership, right from the beginning, has come from the romance genre. Most urban fantasy has a strong-willed female protagonist, and there’s always been attention spent to relationships — not necessarily romance, but romance readers like seeing how a relationship develops and they can usually get that in urban fantasy. There’s not always a happy ending in urban fantasy, and that can get you in trouble if you’re trying to tap into that romance market. Killing off a main love interest got me a lot of hate mail, but I think they forgave me.

“What seems to define the two genres is the characters themselves rather than any writing style. With urban fantasy and paranormal romance both having vampires, werewolves, witches, mythological creatures, everybody wants to lump them in the same group, and you just can’t do that. There’s a definite split between them. Urban fantasy has traditionally been a series of books about the same character or (as in the case of Kelley Armstrong) the same world, and I see that wearing off into paranormal romance. Romance readers are becoming more acclimated to ongoing series — they don’t have to have that happy-happy ending where everything is all done and the woman’s gets the man anymore. As long as there’s an assurance that we’re going to continue this story, they’re pretty happy with it.”

“I have a young adult as by Kim coming out in June from HarperTeen, Once Dead, Twice Shy, and I’m really excited about it. HarperTeen is really backing it, with a mini-tour, along with Kelley Armstrong, Melissa Marr, Aprilynne Pike, and Claudia Gray. Once Dead, Twice Shy is a completely different universe from The Hollows, closer to our reality. I don’t have vampires or witches this time; I have reapers and fallen angels. I didn’t tailor it too much toward young readers except in the areas of language (just a wee bit), and of course the sex came out. My heroine doesn’t really have a relationship at this point, but she’s in high school — she’s not dead, romance-wise!”

Read the full interview in the May 2009 issue of Locus. 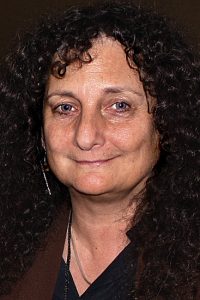 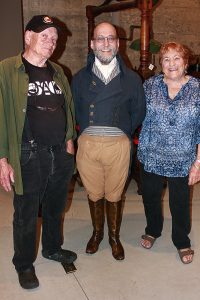 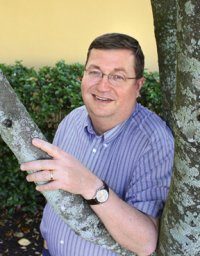