Michael Moorcock announced, and then the BBC followed up, the news that J G Ballard died this morning. It wasn’t unexpected: Ballard had stated a while ago that he had advanced prostate cancer, and his recent book Miracles of Life was organised around that fact. But it’s still a shock.

My instant reaction is that it’s very difficult now to understand just how subversive his first works were in the late 50s, how much they went against the grain of what sf had done up till then. Instead of stories of humanity triumphing by Campbell/Heinlein smarts, here were tales of entropy, defeat, drained swimming-pools, abandoned nuclear test sites, and above all, no sense in the orthodox sf way of causality, of why this has happened. It’s from the stories that you get that unmistakable Ballard landscape – depopulated, bare, filled with now-useless works of technology and culture. Novels like The Drowned World and The Crystal World pushed the argument further, and also made clear his stunning ability as a visual writer. Then there came the engagement with Michael Moorcock’s New Worlds and works like Crash and The Atrocity Exhibition that were even more radical in form and content. The semi-autobiographical Empire of the Sun is often understood as the hinge work in his career, unpacking his landscape and sense of dislocation in terms of what happened to him while interned in Shanghai during World War II. Other books followed Empire – the semi-sequel The Kindness of Women, the strange police procedural Running Wild, consumerist satires like Millennium People and – a personal favorite – The Day of Creation. If I had to pick one emblematic Ballard book, though, it’d be the Arkham House retrospective Memories of the Space Age, which collected stories about space travel (or its failure) from across his career. I make the choice partly because it includes a number of favorites such as the title story, “The Cage of Sand” and “The Man Who Walked on the Moon”. Partly, its cover (Max Ernst’s “Europe After the Rain”) makes clear Ballard’s deep debt to the Surrealists. Partly, so many of the motifs he returned to again and again are there: the abandoned Cape Canaveral, the imagined America it’s a symbol of, the rusting rockets, the mysterious aeroplanes – all beautifully illustrated by J K Potter. It looks like there are some reasonably-priced copies out there, but failing that I’d recommend almost any Ballard short fiction collection as a good place to start. There’s probably a lot to be said about his career – I’m not sure if he was the first author to cross over from sf into “mainstream” respectability, but he was certainly one of the most important – and also adaptations of his work, which brought out surprising things in directors as different as Spielberg and Cronenberg. But I’ll finish instead with two links: to the hugely detailed Ballardian 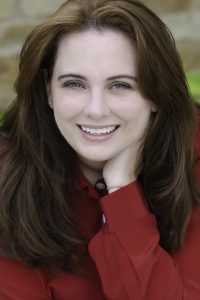