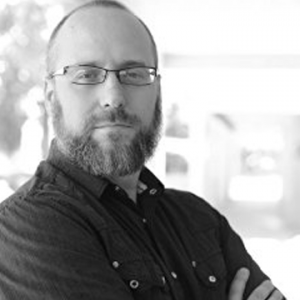 The Santa Lucia mountains hug the California coastline between Monterey and San Luis Obispo and stare out at the dark, cold waters of the Pacific. For centuries, perhaps back to the Chumash legends, lore tells of dark figures materializing upon the edges of these mountains to gaze across the ocean. When the early migrants came to California, these figures were waiting for them. The myth of the Dark Watchers was reinforced by John Steinbeck, the Golden State writer that championed the plight of the migrant agricultural worker. In his story “Flight”, he described one of these watchers as “a dark form against the sky, a man standing on top of a rock.” Steinbeck’s reference of these creatures is even more shocking against his usual cast of common, authentic American characters.

The mythology was picked up by Steinbeck’s son Thomas. Thomas Steinbeck, remembering his father and grandmother’s retellings of the phantom observers, collaborated with artist Benjamin Brode to craft an art book in honor of the Dark Watchers: In Search of the Dark Watchers: Landscapes and Lore of Big Sur. Thomas Steinbeck begins: “And if for a brief moment they entertain the least suspicion… the Dark Watchers will literally evaporate in front of your eyes like the fog.” Later, attempting to establish their history, the younger Steinbeck notes “The early Spanish explorers, as well as the later Mexican ranchers and their vaqueros, called them ‘Los Vigilantes Oscuros.'”

On the Weird California forums, a user named Joey gave his own account: “I’m a long distance runner and most of my training is in up in the good old Californian Mountains. I had a long run scheduled so I headed out. I headed to Veterans Park here in the San Fernando Valley. Time of day was 2:00 pm I was running and up in an area where no human could climb without gear I saw a black figure in plain day light. I never seen anything like it up in the mountain. Was darker than dark could not explain it. A year past and today again January 24th I saw it again and in the same spot.” Another user, C. Gardner, commented: “Up here in the Eastern Sierras, we see the Dark Watchers all the time. They are always out at dusk and dawn. All you see is just a tall dark silhouette. They almost look like horses standing on their hind legs with the assistance of a walking stick. Its pretty creepy, and nobody has ever seen them close up. They disappear the moment you try to get closer.” They are watchers and observers only.

Imagine the immigrants slowly venturing into the expanding frontier–to the unexplored, unknown wild. California was so far removed from early European settlers that some maps showed the territory as a separate island. Those pioneers crossed the Sierras and settled the varied topography only to discover the mythological Watchers, looking at another frontier. The Dark Watchers are a unique mythology representative of the Golden State–spirits ever gazing into the unknown.

Near the end of 1890s, with the settlement of California, the US government declared that the American frontier had vanished. Yet, from California, hinted at by the occasional glimpses of the Dark Watchers, the vision for further frontiers was glimpsed. The frontier is that unexplored, uninhabited territory on the border of what is known.

Moving from mythology to science fiction (often called the literature of the frontier), Captain Kirk has challenged us to explore the “Final Frontier.” In the fiction of the future, California is home to Starfleet. In Roddenberry’s vision, the exploration of the new Final Frontier is staged within the Coastal State. As an unintended potential precursor to that future, SpaceX, based in Southern California, has recently laid out the plans for humanity to become multi-planetary. In Northern California, citizens and industries in Monterey are working towards the establishment of a spaceport.

The Encyclopedia of Science Fiction extols California as “pure [science fiction], that California was not discovered but invented… California [is portrayed] as the promised land, where the streets are paved with gold; and California as a place in which one may construct an advocated world.”

Out of this spirit of the invented frontier, myself and my fellow co-editor Jaym Gates have launched an anthology titled Strange California–a collection of 26 all-new speculative fiction stories exploring the complex mythologies of the Golden State. Viewed as the ever-present frontier, the borders of California are easily imagined to contain a myriad of oddities and wonders. With a brilliant artist, support team, and publisher, we’re now raising support for Strange California through Kickstarter. Visit the project at: http://bit.ly/strangecalifornia.

Whether you’re from California or not, if you’re a fan of science fiction and fantasy, this anthology has something for you.

Strange California celebrates the frontier that is at the heart of speculative fiction. The land of California has been a draw to those seeking the frontier for centuries. California not only creates this diversity of thought and experience, but invites it. It calls for us and we find from it a call to it akin to Carl Sagan’s own words, “Somewhere, something wonderful is waiting to be known….” 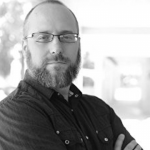 Daniel Batt is an editor, writer, and designer. He serves as the Creative and Editorial Director for the 100 Year Starship and is the founder and organizer of the annual Canopus Award for Excellence in Interstellar Writing. His novels include Young Gods and Dreamside and his short fiction has appeared in Perihelion, Bastion, Bewildering Stories, A Story Goes On, and other periodicals. He’s most recently edited the science fiction anthology Visions of the Future published through Lifeboat Foundation. He lives in California, where he has had firsthand experience with its weirdness.