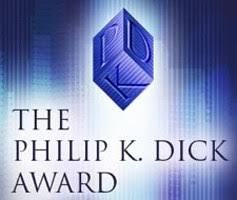 The 2018 Philip K. Dick Award winner was announced on Friday, March 30, 2018 at Norwescon 41, in SeaTac, Washington. The winner for the distinguished original science fiction paperback published for the first time during 2017 in the US is Bannerless by Carrie Vaughn (Mariner/Houghton Mifflin Harcourt). Special citation was given to After the Flare by Deji Bryce Olukotun (The Unnamed Press).

For the full story plus photos, and more news like it, see the May issue of Locus magazine.