Mercedes Lackey’s Bastion debuted at number one, while The Incrementalists by Steven Brust & Skyler White made its debut in second place on the hardcover list. The new runner-up was 1636: The Devil’s Opera by Eric Flint & David Carrico (Baen) out of 58 titles nominated, up from 51 last month. Ender’s Game by Orson Scott Card was no surprise in first place on the mass-market list, thanks to the buzz surrounding the new major motion picture, with George R.R. Martin’s A Dance With Dragons coming in second. The new runner-up was The Plague Forge by Jason M. Hough (Del Rey) out of 64 titles nominated, up quite a bit from last month’s 52. On the trade paperback list, the Gollancz version of Scott Lynch’s latest, The Republic of Thieves, took first place this month. The new runner-up was Mr. Penumbra’s 24-Hour Bookstore by Robin Sloan (Picador), with 38 titles nominated, same as last month. William Shakespeare’s Star Wars by Ian Doescher took top honors among the media-related titles for the second month in a row, and there was no new runner-up. There were 22 titles nominated, up from last month’s 19. Forgotten Realms: The Companions: The Last Threshold by R.A. Salvatore stayed at number one in the gaming-related titles, with no runner-ups. There were 12 titles nominated, same as last month. 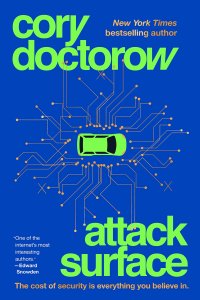 Like Gary, I’ve never felt comfortable with “best” lists—too linear, too one-dimensional, too competitive. (I don’t have any problems with making comparative judgments, but ranking an arbitrary set of works always struck me as, well, arbitrary.) And, as he said, who do I think I am anyway? Gary’s second question, about audience(s), is exactly on point… The Locus readership is hardly representative of the whole range of consumers of science

The International Conference on the Fantastic in the Arts