Alternate-world military SF novel, first in the Artillerymen series set in the world of the Destroyermen series. American soldiers from the time of the Mexican-American War get swept away to a deadly alternate Earth.

Near-future SF novel of climate change, which seems to be changing humans as well. Translated from German by Jen Calleja.

SF novel, the second in a trilogy in the Dune series created by Frank Herbert, going back to tell the story of Lady Jessica, consort of Leto Atreides, and mother of Paul Muad’Dib, she deals with the fallout of her betrayal of the Bene Gesserit.

Literary fantasy novel about a spiritual adviser who sees a giant bird and begins reliving her childhood in Iran, including a mystical storyteller.

Rosalind Featherstone AKA the Gutter Mage, is hired to rescue a nobleman’s infant son, kidnapped by a ruthless magic guild.

Klune, TJ: Under the Whispering Door

Queer fantasy novel. Recently-deceased Wallace gets one extra week to find closure with the life he just lost.

Kope, Spencer: Echoes of the Dead

Paranormal procedural mystery novel, fourth in the series about Magnus Craig of the FBI, who has an ability, the “shine”, that allows him to perceive surfaces that have been touched by specific people. Craig is called in to find four friends who mysteriously vanished on a fishing trip, all of them wealthy and powerful men.

Marillier, Juliet: A Song of Flight

Celtic fantasy novel, the third in the Warrior Bards trilogy, a next-generation follow-up to the Blackthorn & Grim series. While Liobhan goes in search of a kidnapped prince her brother gets in trouble trying to communicate with the Crow Folk.

Post-apocalyptic SF novel, book three in the Reclaimed Earth series set on a world mostly depopulated by a massive supervolcano. Jane, a Sardinian woman, is in line to become the next sorceress thanks to ancient technology that hosts a community of minds, even as townsfolk are targeted for a brutal psychological experiment.

Mankind has fled a hostile and interdicted earth to live in space stations and colonies across the solar system. One crew wants to retrieve priceless artifacts from earth, and learns that what they have been told about the world is not entirely true.

Ozeki, Ruth: The Book of Form and Emptiness

Ruth Ozeki’s new novel The Book of Form and Emptiness tells the story of Benny Oh, a troubled teenager who hears voices, and his mother Annabelle, still recovering from the death of her husband while fighting to keep her small family together. It’s a story narrated to us by a Book. I don’t mean the novel we’re reading, but a self-aware entity consisting of paper, glue, and ink that positions itself as the chronicler of Benny’s tale. The Book is not the sole storyteller. In sections marked by a different font, Benny is allowed to comment on the Book’s depiction of events or cringe when the Book provides too much personal information. “The parts about me are fine, whatever, but the whole world doesn’t need to know about my parent’s sex life.”

Literary very-near-future/alternate-present SF novel. Astrobiologist/astrophysicist Theo Byrne simulates alien worlds to lobby for a new spaceborn telescope, takes his unmedicated Asperger’s/OCD/ADHD son to other planets in bedtime stories, but a new neurofeedback program helps even more — for a while.

I still came away from Bewilderment in awe of Powers’s skill as a storyteller. It’s in the moments of sheer delight as Theo describes to Robin the inhabitants of the planets he surveys, drawing on the golden-age science fiction he loved as a kid, or how in the background Theo and Robin’s world ever so gradually slips into a dystopia, complete with a terrifying counterfactual of the November elections, or Powers’s ability to evoke despair and anger in the reader as we, alongside Robin, begin to appreciate how many species humanity has wilfully eradicated.

Sangster, Caitlin: She Who Rides the Storm

YA Fantasy novel. A shapeshifting monster’s ancient tomb is uncovered. The ruling warlord wants the cursed sword rumored to be at the bottom of the tomb, as do four other adventurers.

Young-adult fantasy novel, the first in a duology inspired by East Asian myth. Boys must pair up with girls to pilot alien transforming robots, though the strain often kills the girls.  But Zeitan is a feared Iron Widow — she can kill male pilots through their psychic link instead, and use that to power the mecha. 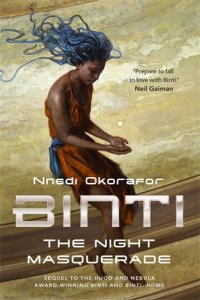 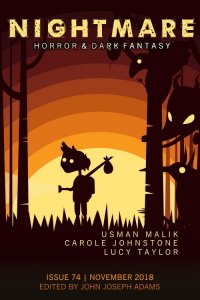 Paul Gaetan Tremblay was born June 30, 1971 in Aurora CO, and grew up in Beverley MA. He attended Providence College in Rhode Island, graduating in 1993, and in 1995 obtained a Master’s in Mathematics from the University of Vermont (1995). He became a math teacher and junior varsity basketball coach for a private high school after graduation. He began publishing with ‘‘King Bee’’ (2001), and most of his early