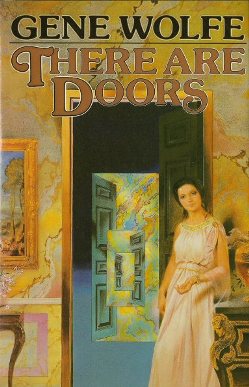 Bober was born August 18, 1943 in Elizabeth NJ. By his teens he was fortunate to have the well-known artist Lee E. Gaskins as one of his teachers in public school (1957-1958). Bober won a scholarship to the Pratt Institute in 1961, where (as he put it) he “caused general havoc and aggravation to many professors.” By his own reckoning, he was a “die-hard reactionary forced to study under a series of tenth rate DeKoonings and Jackson Pollack clones,” and then was “booted out in 1966, after flunking gym, and holding the school record for cutting classes.” He was proud of these and other actions which showed his continued disdain for the art establishment. He later studied at the Art Students League with Lennart Anderson (New York, 1969). His first commercial assignment was in 1959, for an industrial magazine print advertisement, but before officially beginning his professional art career in the late 1960s as a freelance medical illustrator for Roche and Upjohn, he took on a series of jobs, including auto worker at General Motors, carpet mechanic, stockroom worker at E.J. Korvette, and ditch digger in Puerto Rico. From the 1970s onward he applied his talents to literary commissions and portraiture. He never married and lived alone for most of his life.

Bober claimed as his artistic influences “anything that predates Impressionism and nothing that comes afterward.” His paperback cover work is classical in influence, and entirely anachronistic for the entirety of the time he spent producing art for reproduction, in both style and execution. Bober exceled in creating highly detailed, and heavily embellished compositions in a romantic 19th-century style reminiscent of the famous English landscape painter J.M.W. Turner — whose style he idolized and inspired many paintings in Bober’s later years. Richard worked primarily in oil on canvas or masonite, but often combined media, underpainting with oil and alkyd glazes to create layered coats of paint for affect, and surface texture. He produced fantasy cover art for most of the major paperback publishers, including Dell, Avon, Berkley, Bantam, Tor, and the New American Library (NAL) among others. A memorable early series was the Hitchcock Presents paperback reissue covers for Dell in the 1970s. In the 1980s and 1990s he also created a series of covers for the Inspector Jurnet mysteries for Bantam, the Scene of the Crime mysteries for Dell, and Nancy Pickard mysteries for Pocket Books and Simon & Schuster. In 1994, Jill Bauman – a well-known illustrator in her own right — became his licensing agent and expanded the range of his commissions to include work for YA novels, notably Janet Taylor Lisle’s Investigators of the Unknown series (Avon), and illustrative works for mainstream magazines, in addition to clients ranging from Franklin Mint and the Bradford Exchange (for collector plate art) to game art (Glorantha: Rune Quest game box cover, 1994)

His covers for Dragon Fall (Avon), series such as The Parsina Saga (Bantam) and Night of the Long Sun, along with other Gene Wolfe titles (Tor), are notable examples of his craft.

Throughout his career, however, Bober painted at the mercy of his unforgiving propensity for perfectionism and all-consuming desire to live in isolation from everyday life. He was a known recluse, shunning technology and society, preferring long phone conversations to in-person meetings and many hours watching 1940s film noir and spaghetti westerns on video cassettes (ordered by mail). Those conversations invariably revolved around recumbent bikes, cats, and art — and the actresses made famous by the movies he loved. In all the years Bauman was his agent, she never met him in person. Indeed, the author of this obituary may be the only person outside of his immediate family and neighbors to have met him — I persuaded a local husband and wife whom he had befriended, who owned a 7-Eleven near where he lived, to drive him from his home in Bath PA (where he lived most of his adult life, in his mother’s house) to visit me for a weekend in the early 2000s, when I lived in McLean VA. As Jill put it in recent correspondence, “He certainly had his own vision of the world and created a world of his own.” His cover painting for Fantastic Alice (1995) — after obsessively producing dozens of studies and sketches of the Mad Hatter and White Rabbit — was an astounding 60” x 72” on stretched Belgian linen canvas and took months to complete. The resulting artwork was proof positive of his skill in fine art applied to commercial use, and a demonstration of his willingness to paint for reproduction in any size he pleased. He always transcended whatever was required by the assignment, elevating even the most mundane of jobs into something classically mannered yet distinctively his own.

By the late 1990s a combination of technological change (the digitization of art) and his own work habits made Bober, increasingly unhireable. He turned from commercial assignments to private commissions and personal works, including portraits of both humans and animals, and landscape paintings, which allowed him to pursue artistic subject matter of his own liking, at his own pace. He earlier participated in the National Academy of Design 157th Annual Exhibition (1982) and won their Issac N. Maynard Prize for Portraiture and the Henry Ward Ranger Fund Purchase Award, so that his work is in their permanent collection. Other Awards include the 15th annual Chesley Award (2001) for Best Product illustration for Cleopatra, his design for one in a series of collector plates commissioned by the Franklin Mint. His work has also been shown at the Delaware Art Museum (1987) Canton Museum (Ohio, 1996), and the University of Maryland Art Gallery (2004) and is in many private collections. Bober was one of six artists featured in Visions of Never — a “showcase of the finest in Fantastic Art” — by Patrick and Jennie Wilshire (Vanguard, 2009) and his work has been highlighted in anthologies, collections and magazine articles, among The Chesley Awards: A Retrospective (AAPL, 2003), Modern Classicism: The Gilded World of Richard Bober (Realms of Fantasy 2/98), The Frank Collection: A Showcase of the World’s Finest Fantastic Art (Paper Tiger, 1999) and Great Fantasy Art Themes From the Frank Collection (Paper Tiger, 2003). Bober also has an entry in Jane Frank’s Science Fiction and Fantasy Artists of the Twentieth Century (McFarland, 2009).

Richard never owned a smart phone or computer, so he was never able to enjoy seeing the many examples of work to be found online, and he has been represented for sales of his original art since the early 1990s, and ongoing, by Worlds of Wonder Art (<www.wow-art.com>). He is survived by his siblings Roy, Leon, and Debra. The family is planning a memorial service in the spring 2023. 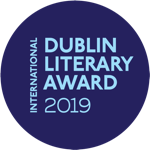