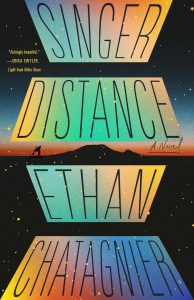 In the slightly altered Earth history of Ethan Chatagnier’s Singer Distance, Mars made contact in 1896, but not in the way readers may likely expect. Rather than the bold arrival of a spacecraft, this interplanetary communication was prefaced by a Dutch astronomer’s large scale art carving of parallel marks in a Tunisian desert in 1894. When the planets came in close contact two years later the Martians responded to that art­ful ‘‘call,’’ with a similar display. Over time, the communications became more complex, with the Martians constructing mathematical questions that humans had to solve. In fits and starts, the Martians set out increasingly complicated tests often requir­ing years to formulate solutions, while the world remained riveted. (Einstein was heavily involved at one point.) As Singer Distance opens, in 1960, it has been 27 years since the last equation and no one has been able to come up with a solution. Graduate student Crystal Singer thinks she has finally figured it out and sets out for Arizona with her boyfriend Rick and three friends to paint her answer on the desert. What follows is a wondrously human story about high level math, human connection, and the limits of love.

In its opening pages, Singer Distance reads as a road trip novel while Crystal, Rick, and their friends bicker from MIT to Arizona in a cramped and messy van. As narrated by Rick, the history of Martian contact is slowly shared with readers, leading to the historic nature of Crystal’s achieve­ment. (Chatagnier does an excellent job of mixing real history with fiction here, name-dropping actual physicists, the famed ‘‘canals of Mars,’’ and more.) After the Martians respond to Crystal’s answer, the group becomes famous and then, separated by professional demands, Rick finds himself losing her. Responding to increasingly cryptic letters, he tries to track her down but Crystal has gone missing and Rick is left to ponder just what they accomplished in Arizona and what he lost forever.

In the years after their great achievement, the remaining friends move slightly in and out of one another’s lives (except for Crystal), while some­what bewildered by the fame that latches them per­manently together. All pursue math to one degree or another while tacitly acknowledging that Crystal was the true superstar. The next equation from Mars that followed her answer remains impos­sible for anyone to crack, however, and Crystal’s absence soon becomes part of her celebrity, even as Mars itself fades from the headlines. For Rick it is all ever-present, however, as she was the love of his life, and helping her was the closest he has come to life as an explorer.

Singer Distance would be enough at just that – a group of young adults sets out to accomplish another step in first contact and then splinters apart in the aftermath. But Chatagnier does not lose sight of Rick and Crystal’s relationship, or how quickly her genius threatens to disintegrate when they are separated by jobs/studies on opposite sides of the country. (Remember, this is 1960.) When Rick is unexpectedly drawn back into Crystal’s life over a decade later, it is accompanied by a stunning personal discovery and chance to track her down once and for all. There is also another opportunity to reach out to Mars, if Crystal’s work proves to be as revolutionary as Rick hopes. His search for her is an unexpected test with more twists and turns in the mathematical trek that they have separately been on for much of their lives.

Chatagnier is a beautiful writer, and Singer Dis­tance is filled with evocative passages that on their own are lovely to read. He also goes deep into the demands placed on those engaged in communicat­ing with another planet, and how easily breakable the brilliant can be. The complicated, heartbreaking journey that Rick and Crystal undertake is both part of a science fiction story and completely separate. Altogether, this is a wondrous reading experience, a thoughtful and provocative encounter with liter­ary artistry that is to be savored. 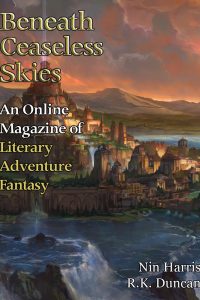 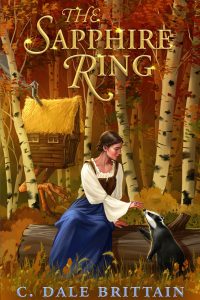