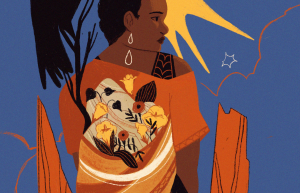 The mixture of humor and horror continues in August’s Escape Pod with Douglas DiCicco’s “Laser Squid Goes House Hunting”. As the title implies, the infamous Laser Squid, terror from the deep, is looking for a place where she can raise a new generation, and it’s up to the story’s narrator as her realtor to help make it happen. The narrator has more reasons to close than the threat of squid-originated destruction, though – she’s also going through a messy divorce and trying to do right by her own child in the process. What neither was expecting was to forge a connection through shared experience and need so that, even when things are at their most impossible, they are able to come up with an unusual solution to both their problems. September, then, saw the release of the 2022 flash fiction contest winners, which range from funny to poignant and back again, and show what can be done with few words to tweak classic science fiction tropes and give them a new shine.

Strange Horizons had a big August, and I’ll start my coverage there with a look at one of the mid-month poems, “THE PLAYGROUND IS ALIVE” by Rainie Oet, which finds a rather rowdy group of friends dealing with a life that’s suffocating them. Fighting each other is what makes them feel awake and real, invigorated in a way they can’t full explain. And yet in that fighting is also a refusal of other emotions, a rejection of recognizing or giving space to gentleness, because violence is too centered, immediate, and gratifying. But when things go wrong – when things go too far – it means things go profoundly and irreparably wrong, the rules broken in a game that was never, and can never be, just for play. Oet crafts a powerful and impact­ful poem that demands careful attention. August also saw a special Southeast Asia issue, which came packed with six stories and seven poems. It opens strongly with “Lay My Stomach On Your Scales” by Wen-yi Lee, a story where the narrator, Lisa, is a manananggal, a being who can detach her head and organs from the rest of her body and go out into the night, flying. For Lisa, who has internalized body issues from the way she is policed by her mother and the world at large, floating as a head (plus organs) offers a lightness that evades her in the rest of her life, when she’s jealous of other, thinner girls, and most especially of popular and confident Maria. But one day when Lisa finds her hands have been swapped out while her head was floating, she finds that Maria has secrets of her own, and layers that complicate the idealized assumptions Lisa made about her life. Lee carefully brings the two girls together, building a friendship and connection that provides them both with a needed outlet and ally against the harsh expectations that rule their worlds. Guan Un lightens the mood a bit in the charming heist story “Wok Hei St” The story features Compass, who can find anything that has a strong emotional connection to a person and has a knack for getting into, and out of, trouble. They’ve been tasked with retrieving a prize wok that will be used in a cooking competition that a minor crime lord, desperate to win, has stolen. The piece opens after they’ve managed to hide it somewhere only to be captured by said crime lord’s associates. Compass, trapped into telling only the truth by an interrogative spell, must manipulate the story they tell in order to stay one step ahead of certain death. It’s a romp of a story, energetic and fun, with some wonderful character work in Compass and a plot that comes together with style and pomp.

Moving to the special issue’s poetry, “Song” by Yee Heng Yeh features a family gathering around an aging and ill aunt and weaving a spell in music that peels back time, allowing her to be her younger self. The magic is a kind of illusion, though, a mixture of desire and the nostalgia the music evokes, and the family must face that their spell cannot last in the face of the needs of a body, the reality of mortality and dying. It’s a beauti­ful moment, though, the reprieve that the song spell creates, and Yeh lingers there powerfully, allowing readers to feel the immense weight of time paused, if only for a second. Natalie Wang also contributes to the issue’s poetry with the evocative “red”, which explores defiance against being told to be quiet and unseen in order to be safe. The narrator rejects that, asserts her right to be seen regardless of the danger, because being invisible offers no real safety either, no control. For all that people think bad things happen from the wrong kind of attention, the narrator refuses to erase herself to avoid it, especially when it would deny her any of the “right kind” of at­tention as well. Wang captures the conflicting forces at work, especially for women, with the simple act of being visible. And moving out of the special issue and into the publication’s Sep­tember, Gabriela Santiago provides a strange and memorable poetic experience with “This Is the Poem Fragment the Archeologists Will Find When They Are Excavating University Avenue”. The piece is framed, as the title sug­gests, as bits and pieces of what might remain long after this time period is over. The question of who is doing the excavating is put aside for the images, graffiti, and artifacts that remain, that become poetry through the intention of the poet but also through their placement and survival through time. It becomes a time capsule for the future, a city and a time condensed and fractured, left open to those who might not understand the context or the full meaning. Like with poetry, all that remains is the text itself, and what the readers bring with them to carry out this metaphorical excavation all on their own. The result is chaotic but with a compelling logic, and Santiago does a great job providing lots to dig into.

Both of the stories in September’s Diaboli­cal Plots play with space and time and magic, presenting rather poetic takes on mapmaking or, in the case of Murtaza Mohsin’s “A Stitch in Time, a Thousand Cuts”, super powers. Though some might argue that Ali’s ability to go back short periods of time in order to try and save small personal objects from destruction isn’t much of a superpower. Maybe outside the control of the Occupation Housing Authority he could have used it to help himself more, but within that sphere of control all he seems able to do is help people save little things when the Author­ity decides to destroy something new. When he goes back and confronts a person who refuses to evacuate, he must also confront the limitations of his powers in the landscape of loss and grief that he’s trapped in. Mohsin acknowledges the deeply broken system that Ali acts within but also recognizes and values that even in the harshest of places (and perhaps especially there) small actions still have power, and Ali’s powers are indeed super, even if they can’t “fix” everything with the wave of a hand. 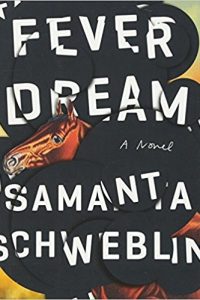 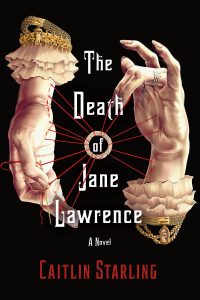 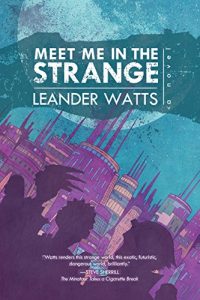