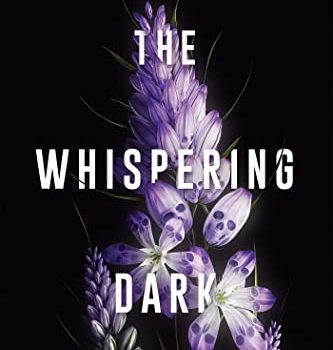 Azad, Nafiza: Road of the Lost

Young-adult fantasy novel. Croi believes herself to be a humble brownie, until a book starts to break the enchantment on her, driving her to undertake a quest to find her true identity.

Urban fantasy/noir novel, number 8 in the series about LA necromancer Eric Carter. Carter needs to rescue a friend’s trapped soul, but the powerful artifact required to save her has been stolen.

Horror novel. A man grows worried as his mother becomes obsessed with a child-sized featureless plastic manikin she calls Sebastian.

Year’s Best anthology with 23 stories from 2021, the second volume in the series from Pyr (after ten from Prime). Authors include Zen Cho, Elizabeth Hand, Alix E. Harrow.

Lamb, Sacha: When the Angels Left the Old Country

Fantasy novel. Uriel the angel and Little Ash the demon track down a young emigrant from their shtetl who has gone missing in America.

Mehrotra, Rati: Night of the Raven, Dawn of the Dove

Young-adult fantasy novel inspired by medieval India. Katyani, was raised to become an advisor and protector of Crown Prince Ayan, but tragedy strikes before her training is complete.

Pargin, Jason: If This Book Exists, You’re in the Wrong Universe

Darkly humorous horror novel, fourth in the John Dies at the End series; previous books in the series were originally published under the pseudonym David Wong. Dave, John, and Amy investigate when owners of a toy and its connected smartphone app report that it’s demanding flesh.

Pink, Randi: We Are the Scribes

Young-adult fantasy novel. Ruth begins to receive written messages from the past, sent by Harriet Jacobs, author of Incidents in the Life of a Slave Girl.

Pokwatka, Aimee: Self-Portrait With Nothing

SF novel. Pepper hides the fact her birth mother is a reclusive painter of portraits that possibly summon subjects’ selves from parallel worlds.

SF dystopian mystery novel about a woman’s search for a missing girl after the collapse of a dystopian regime which maintained mass surveillance on society.

Fantasy novel, the third book in the Adam Binder series about a backwoods man with the Sight.

Soto, Adam: Concerning Those Who Have Fallen Asleep

Annotated version of the classic horror novel by Robert Louis Stevenson (Scribner 1886), offering historical context and looks at some of the many adaptations. Introduction by Joe Hill. Over 150 color images. Includes bibliography and four appendices on the notebook draft, the printer’s copy, notable dramatic adaptations, and graphic adaptations.

Vincent, Bev: Stephen King: A Complete Exploration of His Work, Life, and Influences

Non-fiction, a critical look at King’s life and career, timed for King’s 75th birthday. Includes archival photos and documents from King’s personal collection, and appendixes with bibliography, filmography, and more.

Thriller/horror novel. Paleontologists uncover remains of an ancient genetic technology that nations will kill to control.