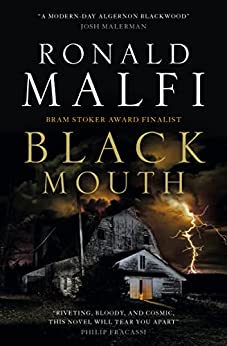 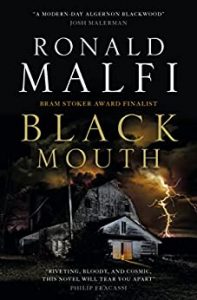 Ronald Malfi is one of the most consistent pur­veyors of great horror fiction, and Black Mouth is a superb addition to his outstanding oeuvre. A creepy novel about a man getting kids to kill other kids, Black Mouth is a gritty narrative about battling alcoholism and inner demons, leaving the past behind, and the power of friend­ship. It’s also a coming-of-age tale submerged in the harsh realities of a broken small town.

Jamie Warren left Black Mouth almost two decades ago, and he never looked back. He left behind his mom, his brother Dennis, who has psychosocial disabilities, the haunting ghost of his abusive, alcoholic father, and the guilt of a night when everything went wrong and he was involved in the death of a young woman and a baby. More than running away from his family, Jamie was running away from the darkness of Black Mouth, the thing that happened to him and his friends with a mysterious homeless man who lived in the woods, and the horrible aftermath of his actions. Unfortunately, Jamie’s mother has passed away, and he must head back to town, to the house where he spent a traumatized childhood, and take over the care of his brother while he figures out how to help him. Back in town, one of his childhood friends, Mia, shows him a picture of the man they’d met in woods, a magician who made them and their friend Clay, his apprentices before changing their lives forever in the worst way possible. Jamie wants nothing to do with this man and has spent his life trying to put his past behind him, but he’s pulled into this new situation by Mia and Clay and soon finds himself reliving what went down when they were kids. As they find alarming commonalities between what happened to them and stories of kids killing other kids in wooded areas across the country, Jamie, Mia, Clay, and Dennis find themselves getting in touch with their collective past and wondering if the magic they experienced was real, and whether the man they’re hunting now is really a man or a monster.

There are many differences between the way we see the world as kids and then as adults, and Black Mouth explores those differences through a horror lens. Jamie spent a lot of time with the magician, and on the night the man got them to do something really bad that ended with two deaths, Jamie saw him morph into something else, into something not entirely hu­man. However, how much can an adult trust the memories they have from so long ago? Was the magician really a random homeless man with bad intentions who worked at a traveling carnival, or was he something else, something much darker and extremely evil? It’s hard for Jamie to answer those questions, and the fear inside keeps him convinced the answer is impossibly dark.

Black Mouth is a somewhat complex novel that juggles many characters and jumps between the past and the present, but Malfi maintains great pacing throughout the narrative and perfectly balances the fear, grief, anger, and apprehension the characters feel alongside the story of what happened in the woods with the magician when they were kids, which makes the novel a horror story as much as a coming-of-age tale steeped in speculative fiction and dark magic.

While Malfi gets many things right in this book, there are a few that make it a must-read. The first one is the way he allows real monsters to share space with and be as awful as supernatural ones. Jamie, Clay, and Mia are all the result of the things they experienced as kids. Abuse, bullying, neglect; these things haunt them and shaped them, and reliving everything they went through triggers all these things and brings them to the surface. Jamie is an alcoholic, and his dependency makes everything harder and often makes him physically incapable of even carrying himself. The fact that Jamie’s father also hit the bottle regularly, and Jamie’s recent time in AA, make his struggles with alcohol, and sometimes pills, even harder to deal with. Also, it should be said that Malfi treats this character with humanity and heart and never judges the things that lead him to try to drink reality away.

While this is an extremely dark novel, there is also some light in it. Dennis, for example, emerges as a truly memorable character with a special gift. He goes from a background character who spends his time watching Teenage Mutant Ninja Turtle movies to a central character that makes a huge difference in the story. Also, Mia, Clay, and Jamie getting back together shows how some friendships never die, even when people stop talking and don’t see each other again for decades.

Brutal, packed with magic, and with an interest­ing cast of characters who are all outsiders, Black Mouth is creepy, violent, heartfelt horror fiction that has something for every kind of reader. It’s also a book that cements Malfi as one of the most excit­ing and consistent voices in contemporary horror. 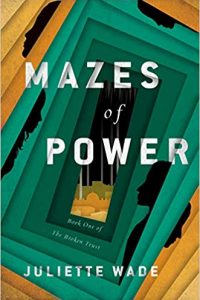 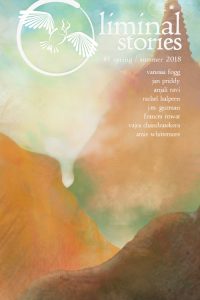