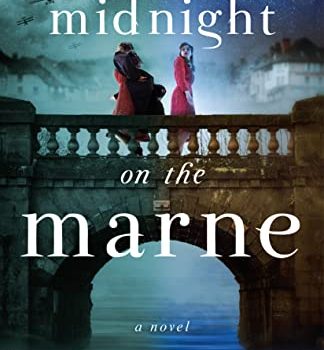 Adlakha, Sarah: Midnight on the Marne

Alternate history/time loop fantasy novel. A soldier’s action changes the outcome of WWI, and he gets a chance to go back and set things right.

Chu, Wesley: The Art of Prophecy

Fantasy novel, the first book in the War Arts Saga trilogy, about what happens when a prophesied hero is not the chosen one after all—but still has to try to save the kingdom anyway.

Young-adult SF novel reimagining the life of Marie Antoinette in 3070.

Dark fantasy novel about people who eat books and take in the content as they do so. Devon, raised on women’s fare of fairytales and cautionary stories, has a son who hungers for human minds.

Omnibus of two feminist SF utopian stories by a pioneering feminist in India at the beginning of the 20th century. Sultana’s Dream is about a Muslim woman in early 20th century  India, who falls asleep and wakes in a future where men, not women, run the home; novella “Padmarag” is a feminist and anti-colonial tale about a women-run school and welfare center.

Dystopian SF novel. A cryogenically preserved woman wakes up 100 years later and discovers she’s illegal, brought by an underground militia fighting for the rights of the Awoken.

Jamnia, Naseem: The Bruising of Qilwa

The Bruising of Qilwa is the first novel by non-binary Persian-American author Naseem Jamnia, who last year received the first Samuel R. Delany Fellowship, sponsored by CatStone Books, to recognize SFF writers from “a community that has been traditionally marginalized in speculative fiction,” according to their website.

Grimly humorous metafictional novel about being survivors. A giant sinkhole swallows much of Chicago, leading a Jewish writer/comedian and his most-devoted fan to become involved with the mayor’s plan for a music festival to aid recovery efforts, interspersed with asides from the author.

Lewis, Britney: The Undead Truth of Us

Young-adult horror novel with a queer romance, about a young woman who will inherit a fortune if she can stay at the ancestral home, Harrowstone Hall, a place that haunts her dreams.

Gaslamp political fantasy novel, second in The Grand Illusion series. Amid growing social unrest, one new councilor is an Isolate, invulnerable to the empaths. Dodging assassination attempts, he works toward needed political reform.

Penelope, Leslye: The Monsters We Defy

Historical fantasy novel set in 1925 Washington, DC. A woman able to communicate with spirits must assemble a ragtag crew to pull off a daring heist to save her community.

Young-adult fantasy novel. Liesette’s father was executed for assassinating the king, leaving her alone, disgraced, and without the magic she was supposed to inherit.

Historical fantasy novella set in a magical 18th-century London with flirtatious scribes, irritable fairies, and endless debates at Parliament, where a hung vote will cause Parliament to flood and the return of endless war.

It could be that what modern fantasy needs, from time to time, is a good jolt of old-fashioned goofiness. Few ideas I’ve seen recently are as goofy as the notion of trying to weave a romantic fairy fantasy around the struggles of a legislative body that can’t get anything done because of arcane voting procedures. This is basically the premise of Kelly Robson’s delightful High Times in the Low Parliament, set in an alternate London of what appears to be the early 18th century.

I spent 2019 and 2020 serving on award juries, and as a result I read nothing but new SF, fantasy, and horror (in staggering quantities). This year, I eschewed all such responsibilities, and as a result my reading was more scattered, and included older books and lots of work outside the genres we’re covering here. I feel less informed about the field as a whole than I did in my