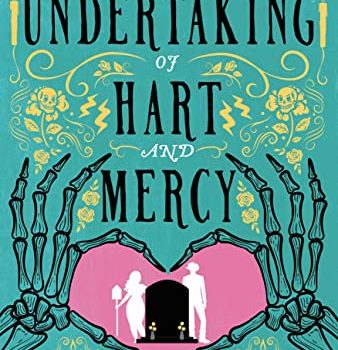 Acker, Ben: Stories to Keep You Alive Despite Vampires

Collection of scary stories to tell vampires so they’ll keep you alive.

Bannen, Megan: The Undertaking of Hart and Mercy

Burton, Jessie: The House of Fortune

Historical fantasy novel, set in 1705 Amsterdam in the world of The Miniaturist. Thea Brandt, just 18, finds refuge from family financial problems in the theater and a secret romance.

Young-adult horror novel set in the ’90s. Two teens investigate when a long-missing friend suddenly returns, the same age he was when he disappeared six years before.

Gothic fantasy novel with elements of mystery and romance. Signa, a 19-year-old orphan raised by a series of family members only interested in her wealth, who all die untimely deaths, makes an alliance with Death himself to investigate a murder in her latest home.

Young-adult fantasy novel. The isolated daughter of the Emperor takes one last journey before she comes of age and is bound to her best friend, the great demon, Moon, and will no longer be able to leave the palace.

Fantasy novel, a queer reimagining of Princess Mononoke. Two soldiers shepherd an ancient god across a broken land to end a tyrannical empire.

Satirical horror-comedy of suburban life. A group of women accidentally open a portal to hell and one is possessed by a demon.

Military SF novel, eighth in the Frontlines series. Nine hundred light-years from home, Major Andrew Grayson and the crew of NACS Washington are marooned in a sunless system.

McGuire, Seanan: Be the Serpent

Fantasy novel, 16th in the October Daye series. Toby, finally married to Tybalt, King of Cats, investigates a brutal attack on a friend’s family that leads to Titania herself. Includes a bonus original novella.

SF novel, the 37th book in the Gor series. Seeking the hefty bounty on her head, Talena of Ar is captured by her former colleague, but he must get her across the wilderness to claim it.

Young-adult fantasy novel, the first in The Dominions trilogy. Meren, a second-born twin princess, is kept hidden until she replaces her sister when she’s courted by a sinister king.

Rowland, Alexandra: A Taste of Gold and Iron

Fantasy romance novel involving a shy prince who can touch-taste precious metals with his fingers, and investigates a break-in at a guild.

Socha, Kelsey: An Archive of Brightness

Fantasy novella of queer human romances as observed by birds.

Fantasy novel. Kalyna is the only member of her family that doesn’t have the gift of soothsaying, though that doesn’t stop her from pretending she knows the future too. But when she is pressed into service to predict threats against the king, she has to scramble to investigate.

Valentine, Danielle: How to Survive Your Murder 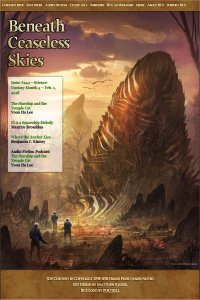 The best science fiction I have read this year came in a series of emails from the future. The Training Commission is a collaboration between authors Ingrid Burrington and Brendan C. Byrne, produced with sponsorship from Mozilla. It’s an epistolary work, a fragmented narrative in the form of electronic correspondence from a character on the run in a near-future USA that is both familiar and incredibly strange. Rich with worldbuilding