It was all an act, as any of Eric’s closest friends knew: his gruff demeanor, his curmudgeonly comments, but it was nothing more than a thin disguise for the engaged, caring, and mentoring personality that was Mr. Eric Flint. This guy knew what he was talking about.

When I met Eric for the first time (or so I thought), he was already a legend. I sought him out at a Chicago Worldcon and introduced myself. He just smiled and said that we had already met – I was one of his instructors when he’d won the Writers of the Future Contest in 1993. He was one of those wide-eyed students sitting around the table (along with Sean Williams and Stoney Compton), as Rebecca Moesta and I lectured them on professionalism and productivity.

Eric was not only prolific for Baen Books, he was also an industry, laying out the territory of his 1632 alternate-history universe and generously opening up the world to many new writers. It was like opening a new land to eager settlers who rushed out to stake their claim. He helped them, gave them their first lucky break in their careers. He was just that kind of person.

When Rebecca and I began developing a writing conference based on the business side of the publishing industry, Eric was one of the first people we asked to join us, along with David Farland, Brandon Sanderson, and later James Artimus Owen. Those conversations led to the creation of Superstars Writing Seminars, now in its 14th year.

When I spent a lot of face-to-face time with Eric developing all our writing panels, I discovered that he was the most fascinating conversationalist, empathetic, determined. He was filled with inside information he was willing to share. Having spent his early career working in heavy labor industries, Eric would get a kick out of ribbing writers who complained they were ‘‘working so hard.’’

I think he enjoyed being irascible. I asked a favor, wondering if he’d be willing to write the foreword to one of my grad students’ projects, a reissue of two of H.G. Wells’s dystopian novels. Eric agreed… then wrote a foreword discussing how much he hated the Wells novels. Not exactly sales pitch material! (We moved it to an Afterword instead.)

Eric told me about his previous heart surgeries, insisting he was done with his brush with death for the time being, and then came the long hard bout with cancer (and cancer treatments), and then the staph infection that ultimately made him vulnerable.

We thought he was immortal. We thought he would recover. But even Eric Flint couldn’t defeat every opponent. After the death of David Farland earlier this year, we’ve lost two Founders of Superstars in six months, and it’s a blow to the writing community as well as to those of us who were proud to know him.

Eric was a true superstar, a mentor, collaborator, and great friend to many. 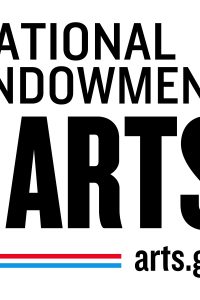 One thought on “Eric Flint: The Sweetest Curmudgeon by Kevin J. Anderson”