Alexis Adams Panshin was born August 14, 1940 in Lansing MI. Panshin was active in fandom early in his career, and was nominated twice for the Best Fan Writer Hugo Award, winning in 1967. His first professional sale was non-genre story “A Piece of the Pie” (1960), and he began publishing stories of genre interest with “Down to the Worlds of Men” in If (1963). He also wrote “Dark Conception” (1964) with Joe L. Hensley under the pen name Louis J.A. Adams. Some of his stories were collected in Farewell to Yesterday’s Tomorrow (1975) and Transmutations: A Book of Personal Alchemy (1982).

Panshin’s debut novel Rite of Passage (1968) was a Nebula Award winner and a Hugo Award finalist. His other novels include the Anthony Villiers space opera series: Star Well (1968), The Thurb Revolution (1968), and Masque World (1969). With wife Cory Panshin (married 1969) he wrote fantasy Earth Magic (1978; first serialized as “The Son of Black Morca” in 1978). In the introduction to his first collection, Panshin said his wife was an unnamed collaborator on some of his stories, and pledged to credit her going forward.

Panshin was also a significant critical writer, best known for landmark SF history The World Beyond the Hill: Science Fiction and the Quest for Transcendence (1989, with Cory Panshin), winner of a Hugo Award for Best Non-Fiction. Other notable non-fiction works include Heinlein in Dimension: A Critical Analysis (1968; first serialized in 1965-1967), and collaborations with Cory Panshin including SF in Dimension (1976; revised 1980).

His wife survives him.

For more, see Panshin’s entry in the Encyclopedia of Science Fiction. 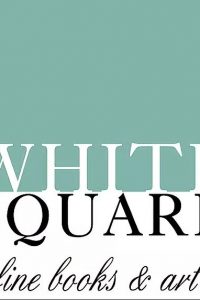