BRONTE-MARIE WESSON is now represented by the John Jarrold Literary Agency. She is an Australian bookseller and influencer.

Author COLM TÓIBÍN has been named the new Laureate for Irish Fiction by the Arts Council of Ireland, a position which seeks to acknowledge the contribution of fiction writers to Irish artistic and cul­tural life by honouring an established Irish writer of fiction, encouraging a new generation of writers, promot­ing Irish literature nationally and internationally and encouraging the public to engage with Irish fiction. His term runs from 2022-24.

PAWEŁ FRELIK has been elect­ed president of the International As­sociation for the Fantastic in the Arts and will assume the presidency from DALE KNICKERBOCKER at the end of the 43rd ICFA in March 2022. Frelik is associate professor and the leader of the Speculative Texts and Media Research Group at the Ameri­can Studies Center at the University of Warsaw, Poland, and has served as Science Fiction division head of the IAFA since 2017.

DAVID GERROLD is the winner of the 2022 Robert A. Hein­lein Award, given for outstanding published works in science fiction and technical writings that inspire the human exploration of space. Winners are chosen by a committee of SF authors chaired by Michael F. Flynn, and receive a cer­tificate plaque, a sterling silver medallion, and two lapel pins, all featuring the likeness of Robert A. Heinlein. The award will be presented at Balticon in Maryland on May 27, 2022, where Gerrold is invited to be a headlining guest.

JENN REESE’s A Game of Fox and Squirrels (Henry Holt) won the 2020 Oregon Spirit Book Award in the middle-grade category. The award honors books that engage and encourage readers’ imagination, discov­ery, and understand­ing, ref lecting the spirit and values held by Oregonians.

RICHARD CHIZ­MAR sold Return of the Boogeyman, sequel to Chasing the Boogeyman, and a second book to Ed Schlesinger at Gallery via Kristin Nelson of Nelson Literary Agency.

KOSOKO JACKSON sold dark paranormal thriller The Forest Demands Its Due and a second book to Karen Chap­lin at Quill Tree via Jim McCarthy of Dys­tel, Goderich & Bour­ret.

GINA MAXWELL sold The Dark King, launching the Deviant Kings fantasy series, and two more volumes to Liz Pel­letier at Amara in a pre-empt via Nicole Resciniti of the Seymour Agency.

LEANNA RENEE HIEBER sold Glazier’s Gap: The Curse in the Archive, first in a new series de­scribed as a gothic romance Broad­church meets Twilight Zone, to Jason Henderson at Castle Bridge Media via Paul E. Stevens at Donald Maass Literary Agency. In Churl Yo will edit.

YUME KI­TASEI sold SF novel The Nar­row Road to the Deep Sky and a second book to Maxine Charles at Flatiron Books in a pre-empt via Mary C. Moore of Kimberley Cameron & Associates.

THEODORE MCCOMBS sold collection Exit Arias and a novel expanding on one of the stories to Deborah Ghim at Astra House via Kirby Kim of Janklow & Nesbit.

KATIE MARIE’s A Man in Winter, about a man visited by the ghost of his murdered wife, went to Heather Vassallo at Brigids Gate.

KARA MCDOWELL’s The Prince & the Apocalypse and a second title sold to Sarah Grill at Wednesday Books via Kate­lyn Detweiler of Jill Grinberg Literary Management.

RAQUEL VASQUEZ GIL­LILAND sold first adult novel, romantic fantasy The Book of Sage, plus a second title to Mi­randa Hill at Berkley in a pre-empt via Elizabeth Bewley of Sterling Lord Literistic.

J.M. CLARKE sold the Mark of the Fool series to Rhett Bru­no at Aethon.

RYAN RIMMEL sold two LitRPG series, The Chronicles of the Unfortunate Five and The Amazing Sword of Justice, and Yorick, to Rhett Bruno at Aethon.

J.R.H. LAWLESS sold This Is the Good Part, third in the General Buzz series, to Rick Lewis at Uproar Books via Marisa Corvisiero of Corvisiero Literary Agency.

KRISTY GARDNER’s SF novel The Stars in Their Eyes went to Heather McCorkle at City Owl Press via Julie Gwinn of The Sey­mour Agency.

NIA DAVENPORT’s YA body-swap thriller Out of Body and a second book sold to Tiara Kit­trell at Balzer + Bray at auction via Chelsea Eberly at Greenhouse Liter­ary Agency on behalf of Dovetail Fiction/ Working Par tners and Caitie Flum of Liza Dawson Asso­ciates.

MIRANDA SUN’s YA fantasy If I Have to Be Haunt­ed and a second book sold to Alice Jerman at Harper Children’s for six figures at auc­tion via Paige Terlip of Andrea Brown Literary Agency.

KATHRYN PURDIE sold YA fantasy The Forest Grimm and a second book to Sara Good­man at Wednesday Books for six figures in a pre-empt via Josh Ad­ams of Adams Literary.

COCO MA sold Deathlings and the second book in a new urban fantasy duology set in a near-future New York City to Jenny Bak at Vi­king Children’s at auction via Holly Root of Root Literary.

SHELBY MAHURIN’s The Scarlet Veil, first in a YA fantasy duology in the world of Serpent & Dove, and two more books sold to Erica Sussman at Harper Teen via Sarah Landis of Sterling Lord Literistic.

KRISTEN SIMMONS sold YA thriller Find Him Where You Left Him Dead – Jumanji meets I Know What You Did Last Summer – plus a second title to Ali Fisher at Tor Teen via Jo­anna MacKenzie of Nelson Literary Agency.

ERIN DULIN & BRITTANY COOPER sold Mistress of Blades, second in the Chronicles of Fayble, to Jamie Rose at Finch via Amy Brewer of Metamorphosis Literary Agency.

Musician and actor WILLOW & JESS HENDEL sold debut Black Shield Maiden and two more books in a historical fantasy trilogy about a young African woman taken to the world of the Vikings to Tricia Narwani at Del Rey via Cait Hoyt of CAA.

NICK FULLER GOOGINS sold first novel The Great Tran­sition, in the tradition of Station Eleven and Ursula K. Le Guin, to Sean deLone at Atria in a pre-empt via Danielle Bukowski of Sterling Lord Literistic.

PRASHANTH SRIVATSA’s first novel The Spice Gate, an Indian-inspired fantasy, went to Da­vid Pomerico at Voyager at auction via Naomi Davis of BookEnds.

QUINLAN GRIM sold debut The Ghost of Danny Mcgee, about a summer camp program that transfers adults’ consciousness into clones of their childhood selves, to Robert Peterson at California Coldblood via Emmy Nordstrom Higdon of Westwood Creative Artists.

Debut novelist JASMINE SKYE sold YA fantasy duology Daughter of the Bone Forest and Daugh­ter of the Witch King to Holly West at Feiwel and Friends via Mary C. Moore of Kimberley Cameron & Associates.

ANDY MANGELS will edit Castle of Horror Anthology: LG­BTQ+ Horror, with stories from authors in the LGBTQ+ commu­nity, for Jason Henderson at Castle Bridge Media. In Churl Yo will edit.

LAURA SILVERMAN will edit Firsts and Lasts, an anthol­ogy including multiple genres from classic contemporary to suspense to fantasy that celebrates all of the thrilling first experiences and momentous last experiences of your teenage years, for Anuoluwapo Ohioma at Penguin Workshop via Jim McCarthy of Dystel, Goderich & Bourret.

C.E. MCGILL’s Our Hideous Progeny, a queer take on the Mary Shelley classic, resold to Wendy Wong at Harper UK in a pre-empt via Tamara Kawar of ICM on behalf of Sue Armstrong of C+W. Double­day will publish in the US.

JANNY WURTS delivered Song of the Mysteries, the 11th and final volume in the Wars of Light and Shadows series, to Harper Voyager UK.

DIANA GILL has started her own editing and publishing consul­tant business, Diana Gill Editorial. She’s worked as an editor at Penguin Random House, Macmillan, and HarperCollins. For more: <diana­gilleditorial.com>.

JODY LYNN NYE has been named the new coordinating judge for the L. Ron Hubbard Presents Writers of the Future Contest, ap­pointed by Galaxy Press following the death of former coordinating judge Dave Wolverton in January 2022. Nye has been a contest judge since 2016.

BARBARA BRIEL has been promoted to the new role of presi­dent of Sourcebooks. She was senior vice president and chief operating officer for the past ten years, and started at the company in 2004.

RICK RIORDAN’s Percy Jack­son and the Olympians is becoming a series on streaming service Dis­ney+. Riordan & Jon Steinberg will write the pilot, James Bobin will direct, and Steinberg will oversee with producing partner Dan Shotz.

MARGARET WEIS & TRACY HICKMAN sold Dragonlance: Dragons of Deceit, first in a new Dragonlance trilogy, to Anne Gro­ell at Del Rey via Christi Cardenas of the Plains Agency for Weis and Matt Bialer of Sanford J. Green­burger Associates for Hickman.

Film rights to BRIAN FRAN­CIS’s Fruit were optioned by Hawkeye Pictures and Big Jump En­tertainment for an animated series. 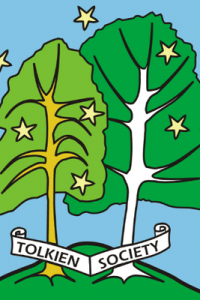