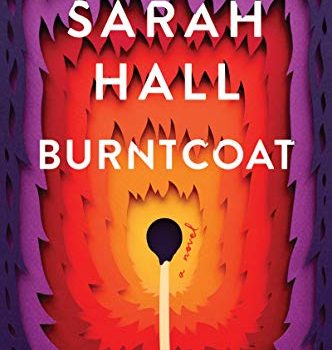 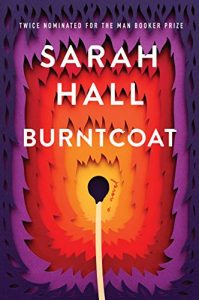 Known chiefly as a literary author, Sarah Hall’s name may not be familiar to genre readers. Yet over the last decade, she has published several excellent speculative short stories collected in two slim books Madame Zero and Sudden Traveller (both of which I highly recommend). In 2007 she followed up her Man Booker-nominated second novel, The Electric Michelangelo, with The Carhullan Army, a near future, Atwood-esque dystopia which won the Otherwise Award and was a Clarke Award finalist. Fourteen years and two novels later, Hall has again returned to long-form genre fiction with her sixth book, Burntcoat. It’s a novel that displays everything wonderful and unique about Hall’s fiction – the evocative, sensual prose, the excavation of her character’s deepest desires and fears – but is weighed down, even diminished by its genre element: the arrival of a calamitous global pandemic.

Burntcoat chronicles the life and career of Edith Harkness, an award-winning installation artist. Told from Edith’s perspective, she begins by describing the day her mother, Naomi, is struck down with a brain aneurysm. Naomi survives, but the once acclaimed novelist, forced to relearn how to speak and write, is no longer the person either her husband or daughter remembers. Unable to handle his wife’s transformation, Edith’s father exits stage left, forcing mother and daughter, on a limited income, to relocate to a small cottage on the moors. It’s in this wild environment – ‘‘a halfling… finding berries, cupping from the underground river, making things out of reeds and thorns’’ – that Edith’s interest in fashioning objects out of wood emerges. Her journey as a sculptor takes her to Japan, where she learns the art of ‘‘deep burning’’ wood (shou sugi ban) and then back to England, where she is commissioned to install a 40-foot sculpture alongside the motorway. The unveiling of the ‘‘Scotch Corner Witch,’’ viewed by some as an eyesore and others as ‘‘magnificent, unique, [and] a testament to the creativity of the north,’’ sees Edith win the lucrative Galeworth medal. She spends her winnings on ‘‘Burntcoat,’’ a cavernous warehouse alongside the riverbank, which she renovates into a workshop. It’s within the walls of Burntcoat where Edith will have a passionate love affair with a restaurateur named Halit and where they will both hunker down as a pandemic engulfs the world.

The first two-thirds of Burntcoat are truly sublime. It would be easy to get lost in Edith’s reminiscences which flip back and forth in time, and yet Hall’s choice of words, her subtle but noticeable changes in register, means decades can pass in a matter of pages, and we never feel unmoored. Even the sections where Edith speaks directly to Halit – ‘‘There was a lithe, compact grace to the way you moved, like a muscled upright cat’’ – or details their numerous sexual encounters (Hall is one of the few contemporary authors who can write an erotic, non-cringey sex scene) work alongside passages that are tonally very different, whether it’s young Edith’s joyful assembly of a boat from driftwood or the despair and abuse she suffers at the hands of her first lover and fellow art student Alistair.

Then along comes the Nora-virus, upsetting Edith’s life but also the novel’s perfect balance. To be clear, Hall doesn’t hide the pandemic. From the opening pages, we know that Edith – in her late fifties – is recovering from a virus that has killed untold millions of people. Later on, Hall does an excellent job describing the low-level panic as the virus begins to spread, rising to a fever pitch as the world goes into lockdown, as people fight over scraps of food, as the death toll surges. But the sudden transition from a rich, memoir-like portrait of an admired artist to an intense, stomach-churning story of two people desperately trying to survive a pandemic was too great a gear shift for me (and I typically like books that have abrupt gear changes). The last third of the novel is so shocking, so graphic, that our final impression of Burntcoat is about the devastation left behind by the virus and not those terrific, small moments that come before it, whether it’s Naomi bravely confronting Alistair as he tries to get Edith back, or Edith’s sharp observations about the manliness of art (‘‘there was a limit to what a woman was expected to achieve’’), or the passion and lack of inhibition between Halit and Edith. For a novel that’s about the construction of large installations, Burntcoat felt like two very different stories crudely welded together. 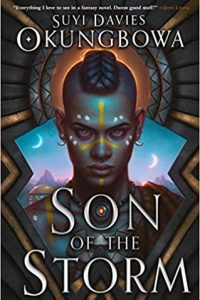