Ronald Joseph Goulart was born January 13, 1933 in Berkeley CA, and worked in advertising after college. His first SF story, “Letters to the Editor”, appeared in 1952, and he published a number of stories before debut novel The Sword Swallower (1968), first of his Barnum System spare operas, which also include The Fire-Eater (1970) and Everybody Comes to Cosmo’s (1988). That universe includes numerous sub-series, among them the Star Hawk novels, Empire 99 (1980) and The Cyborg King (1981), based the Star Hawk newspaper strip Goulart wrote with artist Gil Kane.

Other series include the Fragmented America books, starting with After Things Fell Apart (1970); the Wild Talents books, launched with A Talent for the Invisible (1973); the Odd Jobs series, beginning with collection with Odd Job #101 and Other Future Crimes and Intrigues (1974); the Gypsy novels, starting with Quest of the Gypsy (1976); the Skyrocket Steele sequence, starting with Skyrocket Steele (1980); and the Harry Challenge novels, begun with The Prisoner of Blackwood Castle (1984). He also wrote numerous standalones.

Goulart was a well-known author of comic and other media tie-ins, including for Vampirella, Battlestar Galactica, The Phantom, and Flash Gordon. With actor William Shatner, he co-wrote nine novels in the Tek series, beginning with TekWar (1989). He wrote numerous mystery novels, including a series featuring Groucho Marx, and was nominated for Edgar Awards. He wrote non-fiction books about pulp magazines, comic strips, comic books, and detective novels, among other subjects. 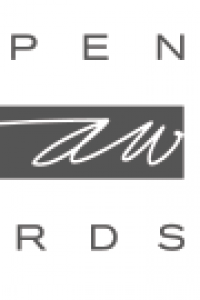