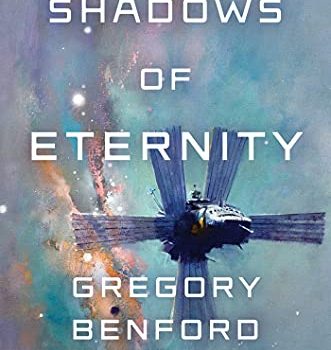 Armentrout, Jennifer L.: A Shadow in the Ember

Fantasy romance novel, first in the Flesh and Fire series set in the world of the Blood and Ash series. Seraphena Mierel has been promised since before her birth to the Primal of Death as his Consort, but that’s not her true mission there.

Set two centuries in the future, a SETI library on the moon is established to interpret messages from alien societies, including alien AI minds with aggressive agendas.

Blackwood, Lauren: Within These Wicked Walls

Young-adult dark fantasy novel, an Ethiopian-inspired retelling of Jane Eyre. An exorcist needing a patron takes a job with the difficult eccentric Magnus Rochester, who is under a horrifying curse.

Dystopian/post apocalyptic SF novel set in a post-economic-collapse America. A woman and her teenage daughter flee to a women-only colony where babies—all girls—are conceived without men.

SF gaming tie-in novel. In the year 2559 the galaxy is controlled by a renegade AI, as a fanatical group seeks to activate Halo and take the last steps to the Great Journey into transcendence.

Eason, K.: Nightwatch on the Hinterlands

Space opera SF novel, a return to the universe of the Thorne Chronicles. A decommissioned battle mecha kills someone, which shouldn’t be possible. Clues show that whoever is controlling the mecha has much more planned than murder.

Ellis, Lindsay: Truth of the Divine

SF novel, sequel to Axiom’s End. World politics regarding granting rights to the alien amygdalines are complicated by increasing unrest in the US.

Henry, Patti Callahan: Once Upon a Wardrobe

In response to her dying brother’s request, Megs Devonshire seeks out C.S. Lewis to find out the true origins of Narnia.

Khaw, Cassandra: Nothing but Blackened Teeth

Dark fantasy romance novel, the second in the Mousai series about three sorceresses who help the Thief King rule his kingom of magic and pleasure. Niya is taken hostage by a pirate looking for a pardon from the Thief King.

Gaslamp political fantasy novel, the first in the Grand Illusion series. Isolate Steffan Dekkard is an isolate, a rare person immune to the projections of empaths, and his job as security for politicians lands him in the middle of a deadly power struggle.

Young-adult fantasy novel, a retelling of “The Goose Girl”. A maid must outsmart palace nobles and Low Gods to pay a debt to her otherworldly adoptive mothers, Death and Fortune, so she magically swaps places with Princess Gisele.

Posey, Jay: Every Star a Song

SF novel, the second in the Ascendance series. Set in the far future, mankind has decoded the language of the universe, allowing them to settle the entire galaxy and live in peace. When a planet suddenly appears out of nowhere, a renegade agent agrees to investigate in exchange for clemency.

Gothic fantasy novella. Refugees from a flooded kingdom struggle to survive on an ark. Among them is Iraxi, a pregnant commoner, despised by the others, whose child might be more than human.

Medieval fantasy novel, the second in the Hussite trilogy. Translated from the Polish by David French. Reynevan is entrusted with a secret mission, forcing him out of hiding. Pursued by enemies, he continues to seek revenge for the death of his brother, and find the woman he loves.

Rival orphaned siblings inherit the family business, a mortuary for monsters, and have to figure out both how to get along and how to deal with all the dangerous magic and clients.

Young-adult SF novel. A tech-empire heiress, Asa tries to stop her father from reprogramming her rebellious sister, and ends up stranded on outlaw planet Requiem, teaming up with amibitious female gunslinger Riven against a nasty AI virus. 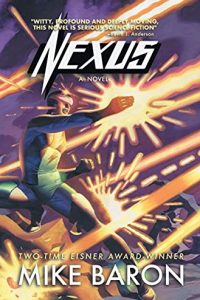 I owe a lot to Doctor Who, but not my enduring affection for the time travel story. In my formative years, the Time Lords had grounded the Doctor, the Tardis confined to a corner of the laboratory while an endless parade of monsters kept trying to invade or blow up nineteen-seventies Earth. What did it for me—what opened my mind to the imaginative possibilities of time travel—was HG Wells. Not