If Joe Abercrombie climbed into his time machine to visit famed Black crime writer Chester Himes, and they then collaborated on a new version of the as-yet-unborn Cotton Comes to Harlem, the result might very well resemble Oakes’s debut novel, City of Iron and Dust. The book is a grim’n’gritty yet often blackly humorous political-coup-cum-caper novel, whose limited temporospatial remit (a few blocks of city, one jam-packed night); whose slangy prose; and whose quick-cut short chapters all conduce towards a pell-mell reading experience. Under its grinning skull façade, the book is ultimately earnest and tender-hearted, resolutely optimistic despite life’s horrors—which are depicted with as much grand guignol brio as Oakes can muster (and that’s a lot). If I had to pick a single author for comparison, I’d nominate K.J. Parker, with his blend of blunt naturalistic writing and wry humor.

We are in your typical subcreation world, populated with the standard mythological beings of yore. Kobolds and pixies, dryads and gnomes, along with many other species and hybrid offspring between clans. Collectively, this part of the populace is dubbed the Fae. Opposed in all senses to these tribes is just one supreme species, the Goblins. In the not-too-distant past (just decades before the opening of the novel; elderly survivors of that era still flourish), the Goblins and the Fae fought the Iron War. The Fae lost, and the Goblins erected a giant Iron City to contain the losers. In this city the Goblins also established five Houses of Goblins: the Red Caps, the Spriggans, the Bogles, the Hobgoblins, and the Trolls. These tyrant families and their armies and retainers live lives of luxury and dominance, consigning the Fae to ghettos and factories and slave-like subjugation.

What we are about to witness is the night that the status quo erupts in violence and explodes with centrifugal force into a million pieces, before finally cohering into a new, half-perceived shape. And of course, in such situations people little and big get hurt.

The engine of this derangement is a very large package of Dust. This drug allows a user to experience visions and enhanced physical powers, and in sufficient quantities to perform vast magics. Several factions want the Dust, and we will experience the storyline from their revolving POVs. Of course, as with all tales that are told in this fashion, delights and surprises arise when characters who seem at first to have no possible connections do intersect and relate to each other.

One viewpoint figure is Knull, a lowlife Fae drug dealer. He comes into possession of the contraband almost accidentally, and keeps it through thick and thin almost to the book’s climax. (His underworld contact, Skart, proves to be much more than we first assess him to be. Keep an eye on him.) But it’s touch-and-go for Knull through a dozen deadly crisis points. Knull’s brother, Edwyll, is to the contrary a sensitive artist who wishes he could employ his talents to better the lot of the Fae and perhaps even bring an end to the Iron City. Then there’s the female Goblin, Jag, heir to the Red Cap dynasty. She’s an aesthete who sees good in the Fae and clumsily seeks rapprochement. Her half-sister Sil is a trained assassin/bodyguard, worth a whole platoon of normal soldiers. We encounter Bee, one of the organizers of the Fae Liberation Front, whose campaign of slaughter kicks off this very night. And the last major player is elderly, ailing Granny Spregg, head of House Spriggan, who is fighting to retain her power, beset by rebellious and ambitious daughters. (King Lear crossed with The Sopranos.)

We witness the incredible machinations and quests for survival and dominance that arise from all the nicely sketched oppositional motivations of this bunch. As you might guess from chapter titles such as “Enter the MacGuffin”; “When the Bodies Hit the Floor”; and “That’s Another Fine Mess You’ve Gotten Me Into”, Oakes’s style is jaunty and in-your-face, laden with pop-culture allusions and mannerisms, cursing, and fairly witty banter. And yet he can deliver solemn and sensitive moments too, such as when Edwyll spontaneously creates an image of his dreams (as graffiti, what else?)

The first strokes are broad, sour-neon splashes that mean nothing more than his hand is still shaking. He works with that, though. He thinks of the music he heard earlier, the angry buzz-saw rattle of its basslines, the violent thunder of its drums, and the pixie’s vocals floating over that chaos. Beauty emerging from darkness. Yes, he can work with that.

He finds browns, bloody reds, bruised purples. A nest of vines and thorns appears. He thinks of the sound of gunfire. He thinks of bodies falling. The thorns grow higher.

He is, he thinks, creating something monstrous.

Or is something monstrous creating him, he wonders? Is the Iron City—polluted, perverted, corrupted—reaching out? He sketches bodies caught in the briars, limbs pushing through from shadow. His hands are still shaking.

Yellow streetlight splashes through his hideout’s broken windows. His artwork looms through shadow, towers over him.

This is so much darker than anything he has made before. Even as he shifts to a paint brush, every stroke seems brutal. But he looks at the White Tree again and thinks, There has to be contrast; they has to be darkness. In the end, he feels, you need that for a glimmer of hope to shine.

That last meditative bit ties in with the larger resonances to our own current events which the novel embraces. Revolt, the righting of old wrongs, oppressors versus the oppressed. One character says: “We’re the Fae Liberation Front. We’re about fucking liberation. From a mindset. From an outlook. We fight for a future unshackled from artificial binaries. We knock heads so we can heal minds…” And of course we hear echoes of antifa and so on. The novel never gets preachy, but the subtext is plain.

Ultimately, I’d dub Oakes’s lusty, brutal, philosophical excursion a subspecies of New Weird, one part China Miéville, one part Andrew Lang, one part James M. Cain. It will have an effect on you like taking too much Dust. 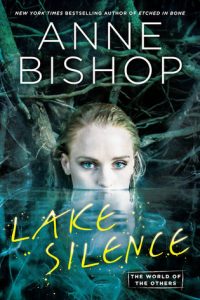 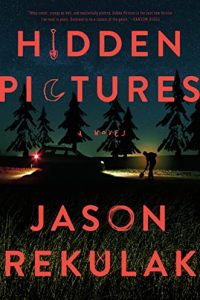