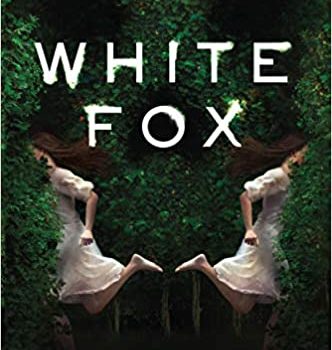 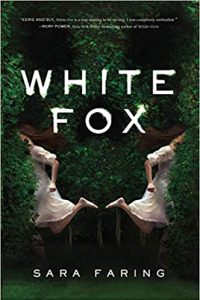 Sara Faring’s last novel, The Tenth Girl, blended the gothic setting of an isolated and haunted castle-like school with a stunning sci­ence fiction twist that elevated the plot to a whole new level. Her latest, White Fox, could not be more different in setting and characters, and yet it also provides an excellent twisty narrative and mystery that defies obvious conclusions. At the novel’s heart is a pair of sisters desperate to discover what happened to their mother years before, finding her missing fairytale-esque screenplay, which might shed clues on what was going on in her life before she disappeared. There are also the financial issues raised by their corporate father’s recent death, the odd behav­ior of their uncle, and the possibility that both teens might be the object of stalking behavior. Who you can trust and, more importantly, who you should trust, are the issues at the heart of the story. Oh, and there are also robots, which might be a problem, because we have all read I, Robot and know that robots can sometimes be a VERY big problem.

Manon and Thaï (“Noni” and “Tai”) were born on the Mediterranean island of Viloxin, a small island nation that seems a lot like Monaco without the royalty. As the daughters of a celebrity mother and tycoon father (both bril­liant, beautiful, and creative), they are famous by default. After their mother disappeared, they were sent to live with their much more circum­spect aunt in New York, where the studious Noni learned to cope with her anxiety by working on a book and Tai embraced fame as only a 21st-century teenager can, via social media. Their father’s recent death and a retrospective on their famous mother draw them back to Viloxin in the early pages of White Fox. Once in their childhood home, they can no longer ignore all the things they do not know and immediately embark on finding the missing screenplay, which turns out to be a lot tougher to understand than they hoped. It doesn’t help that everyone they meet has their own agenda and is very good at lying, including their madcap uncle and possibly the family robots.

Faring does several interesting things with this novel. First, she provides the excerpts from the screenplay as the girls find them, allowing readers to discover them at the same time. She also drops various magazine interviews and news reports from the past into the text for his­torical context. The other intriguing aspect of White Fox is the chosen tone. A lot of it reads almost as candy-colored pop, as the girls dress to the nines and go out in Viloxin, embracing their legacy as the daughters of Hero and Mireille Foix Hammick. Their uncle has a house with childlike decorated rooms (“teddy bear room,” “princess room,” “red room”) and the island is populated by a lot of fairytale tropes, from houses in the woods to women who are a bit like witches and men who are a bit like monsters. If you have read the Brothers Grimm, you will recognize some of what life on Viloxin is like. While bits of it are dark (the forbidding woods), it’s so close to traditional fairytale descriptions that the bright facade remains. It’s almost like reading the adventures of Hansel and Gretel, and the cottage looks so cheery, until you get close and find there is no way out alive.

Altogether, White Fox carries readers away on a mystery that includes hints of fantasy that also (remember the robots?) has just a bit of science fiction thrown in for good measure. It’s lush and alluring, frothy and glitzy, and yet also an intense thriller with straightforward clues that must be collected. The teen drama is extra intense (we are talking about sisters), but it folds into a plot that keeps readers on their toes for every page. Sara Faring is proving to be a reliably unpredictable author, someone who can take you anywhere and make the ride there as unique as it gets. 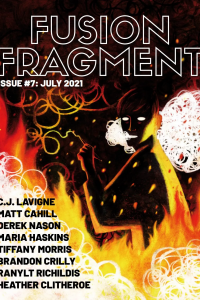