In a repeat performance, the first three entries on the hardcover list mir­rored last month’s list, with The Invisible Life of Addie LaRue by V.E. Schwab in first place, Brandon Sanderson’s Rhythm of War in second, and Piranesi by Susanna Clarke in third. Into the Light by David Weber & Chris Kennedy (Tor), sequel to Out of the Dark, was our new runner-up. We had 38 nominated titles, down from last month’s 42.

Dune by Frank Herbert topped the paperback list for another month, followed by a resurgence of another old favorite, William Gibson’s classic Neuromancer, in second. There were no new runners-up. There were 58 titles nominated, up from last month’s 54.

The fight for first place on trade paperback list was close, with Cres­cent City by Sarah J. Maas narrowly edging out second-place finisher TJ Klune’s The House in the Cerulean Sea. Meanwhile The House in the Cerulean Sea only beat our third place finisher, Octavia Butler’s Parable of the Sower, by a single point. There were no new runners-up. We had 63 nominated titles, up from last month’s 61.

On the media and gaming-related list, Star Wars: Thrawn: Treason by Timothy Zahn moved back into first place, with Alexander Freed’s Star Wars: Alphabet Squadron in second. There were no new runners-up. There were 17 nominated titles, the same number as last month. 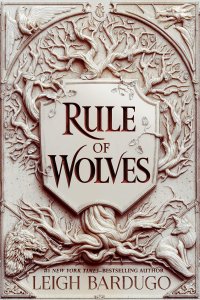