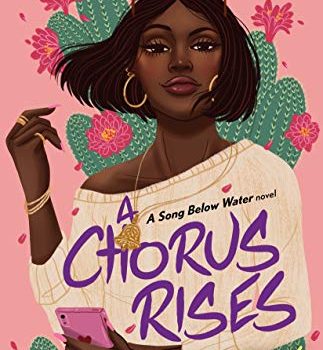 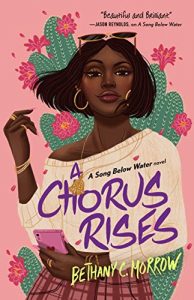 In A Chorus Rises, sequel to A Song Below Water, Bethany C. Morrow continues to give her penetrating attention to the hazards young Black women face when they possess a significant amount of magic and power. Following closely on the heels of the earlier book’s shattering finale, A Chorus Rises picks up the story from a surprising point of view. Naema Bradshaw was a privileged mean girl and secondary character in A Song Below Water, who used her social status to bully the title’s protagonists. She was not a character who engendered much sympathy because she didn’t need any; Naema was a smart, beautiful Eloko teen who was “gifted with a song” that made her charming to others. She sailed through life on the fawning attention of everyone she met and never expected to have a single moment of worry. The fallout from her very public crash in popularity at the end of the first book, and the sinister impact it might have on other Black girls, is the plot point from which Morrow has crafted this brilliant sequel.

First things first: you have to read these two books in order to not only appreciate A Chorus Rises, but to understand much of the plot. The reader is dropped immediately into Naema’s dra­matically transformed life one year after the final events of A Song Below Water. She is internet famous due to her negative actions that day, but Naema was also hurt, and no one, not even those closest to her, understands how much. She is ac­customed to presenting a polished exterior, more concerned about maintaining a perfect social media presence than anything else. As the Earth-shattering events of the first book continue to dominate national conversations, especially with a new TV movie dramatizing it, she feels trapped in the past. Frustrated with her friends and family, and confident that no one appreciates the depth of her suffering, Naema decides to leave Portland OR and visit her extended family in Arizona. The distance ends up giving her a heavy dose of perspective, which becomes more important as the movie forces lingering ugliness from the past out into the open.

A Chorus Rises is not as suspenseful as A Song Below Water; it’s not a book with a mystery to solve or magical revelations to be uncovered. What Morrow is doing this time is more subtle: she’s taking readers on an exploration of what it means to be magic in this world she has created (a world that is remarkably similar to our own). Naema has always been something more, simply because she was born Eloko. Her parents are so thrilled with her gift that they gave her the largest bedroom in the house. But away from home, and as a professor in Portland asks a lot of questions about why the Eloko are so popular, Naema begins to wonder what it means. “So if all Eloko have is this melody that makes the world adore us,” she wonders, “and the world’s adoration…. I’m sorry, that’s supposed to be enough, but it really isn’t?”

In the midst of this existential questioning, there are some dangerous developments she cannot ignore. An online group that ap­peared to be Naema’s fans actually have more nefarious goals in mind and the at­tentions of a TV producer end up coming with some frightening strings attached. Naema ultimately is forced to reach out to Tavia, her rival from A Song Below Water, to save some innocent Black girls and women who inadvertently come under threat because of her. The novel’s action picks up considerably as a group of friends comes together and Portland’s racial trauma is exposed.

A Chorus Rises is an extremely thoughtful book, a novel that combines not only a broad appreciation of magical abilities, but also coming-of-age drama, com­plicated family relationships, and a significant discussion concerning racial identity. Wrenched off her pedestal, Naema is forced to reconsider everything about her life and, under the sometimes baleful eye of her Arizona family, what she sees is not all that pretty. At the center of her personal crisis is her identity as a Black girl with magic. Elokos can be any race and are always beloved; sirens, like Tavia, are only Black women (or girls) and are, with rare exception, widely feared and even hated. Naema got lucky with her gift but has never considered how tenuous her position could be. Here’s a bit from a conversation between Naema and her Eloko boyfriend:

I’ve been Portland Famous my whole life, right? And I’m a Black girl. So by your logic, Portland has been getting race right. I mean no shade, because that’s what I thought too… So either they were cool with me because I’m Eloko, which means they’ve been overlooking that I’m also a Black girl, which means they’ve never been getting it right with me – or I’m to­tally safe because they just hate sirens in par­ticular. And since sirens are exclusively Black women – right? Do you see the problem?

Naema’s questions are deep and provocative; she has been seeing the world from a rarefied position for a long time and is now forced to think about things in a whole new way. Initially propelled by hurt and anger, she begins to think a lot more about who she wants to be. This doesn’t come easy, and her Arizona family pushes her a lot but, in fits and starts, Naema undergoes a lot of personal growth and because of that she recognizes the simmering threats around her.

Morrow’s gigantic writing skills are on clear display with this novel as she demands the reader consider Black girl magic in all its power and pain. While her characters exhibit real magic, their trials are familiar and timely, as are all of Naema’s questions and the threats she uncovers. While not as action-packed as the first book, A Chorus Rises is a singular triumph. The resound­ing truth the author shares echoes from every page and Naema, the girl we once loved to hate, easily becomes a charismatic and appealing protagonist whom readers will celebrate. 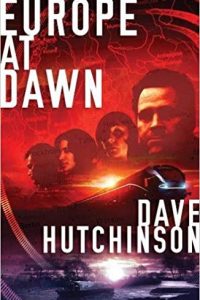 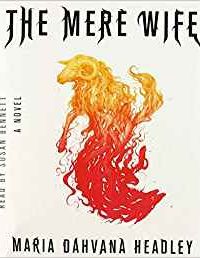