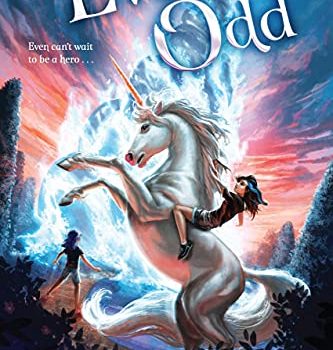 Anthology of ghost stories, including many from open submissions by new writers. Part of the Collector’s Editions series.

America begins to colonize the solar system, starting with a permanent moon base, with plans for Mars and beyond, but political intrigue and conflicting priorities threaten the project.

Bova’s last novel, completed just before his death from COVID-19.

Military SF novel, the first in the new Outlands series, based in the Lost Fleet setting. Admiral John “Black Jack” Geary may have saved the Alliance only to destroy it.

Durst, Sarah Beth: Even and Odd

Middle-grade fantasy novel. A greedy wizard collapses the border between a magical land and the mundane world, leaving magical sisters Even and Odd trapped in the wrong world.

Romantic comedy about a Victorian lady thief determined to save her crime sisterhood from a crazed pirate in a flying house and his charming assassin. The first book in the Dangerous Damsels series.

SF novel, a futuristic gangster caper about a super-fast genetically engineered teen who gets in trouble when he takes a job delivering a package for a crime boss.

Within the Eastern Empire, Duke Kordas Valdemar rules a tiny, bucolic Duchy that focuses mostly on horse breeding. Anticipating the day when the Empire’s exploitative and militant leaders would not be content to leave them alone, Korda’s father set out to gather magicians in the hopes of one day finding a way to escape and protect the people of the Duchy from tyranny.

Near-future SF novel. Myrra was born into indentured servitude, until the holder of her contract turns up dead. Burdened with a terrible secret and an orphan in tow, she has to run for her life and uncover the truth about her world.

How to respond to the knowledge that the world is ending is the central question of Levien’s middling sci-fi debut. Scrappy, intelligent Myrra Dal is a contract laborer on “the world,” a generation ship destined for the planet Telos. Her latest contract is as a maid to the rich and powerful Carlyles and a nanny to their baby, Charlotte. But after both Imogene and Marcus Carlyle kill themselves, Myrra is wrongly suspected of foul play and forced to run from the law, carrying Charlotte and burdened with a terrible secret–there’s a crack in the ship’s hull. Born to criminals but raised by a security officer, Tobias Bendel is desperate to prove himself by catching Myrra, and as he tracks her across cities full of technological marvels, he comes to realize that he’s embroiled in something larger than finding a runaway worker. Told from two engaging if underdeveloped perspectives and full of present-day analogs, this sci-fi adventure is an extended, often oddly meandering chase scene through familiar far-future landscapes. Combining detective work and slow-burn romance, Levien offers plenty for lovers of cross-genre sci-fi to engage with, but seasoned readers will long for more innovation in the worldbuilding. This is solid, but not groundbreaking. A

Historical fantasy novel, the first in a series. Young Caelym, one of the last few Druids hiding in eighth-century Britain, undertakes a quest to rescue a young woman who, it turns out, is neither young nor eager to be “rescued.”

Debut collection of six short stories plus a novella, covering a variety of fantasy subgenres.

Nanua, Sasha: Sisters of the Snake

YA fantasy, story of two sisters, one a princess chafing under confinement, one a street uchin struggling to survive, who strike a deal to switch places.

Near-future dystopian SF mystery novel. A detective searches for a missing woman also wanted by Zodiac, the company that took over the internet and replaced it with the Grid that watches everything.

Very-near-future SF novel about a Black teen in a dystopian Oakland CA ruled by private police.

Collection of horror, mystery, and suspense stories, some with futuristic elements.

Padura, Leonardo: The Transparency of Time

Literary mystery novel with elements of fantasy. Cuban detective Mario Conde looks for a stolen statue with an occult history that involves a man who appears throughout history, unstuck in time. Ninth in the series. Translated from Spanish by Anna Kushner.

Fantasy novella, sequel to Prosper’s Demon. An anonymous demon who spends his days distracting monks from their prayers gets caught up in a plot with a sadistic exorcist to subvert the nature of good and evil.

Young-adult urban fantasy novel set in Toronto about a teen witch who must sacrifice her first love to save her family’s magic — but she’s never been in love, so she tries a new genetic matchmaking program.

Collection of short stories written between 1925 and 1965, many with fantastic/mythic elements, in new translation by Margot Bettauer Dembo, who also edited. Introduction by Ingo Schulze.

Tresch, John: The Reason for the Darkness of the Night: Edgar Allan Poe and the Forging of American Science

Non-fiction, a biography of Poe focusing on his interest in science, from his journalism to feuds and fascination with mountebanks, mystics, and experimenters of his time.

When a dearly loved but challenging book becomes a movie, where do you set your expectations? Karen and Karen discuss the alchemy of transmuting text to screen and the choices that must be made if the story is to not merely translate, but flourish. We also talk about how much the book meant to us growing up, and our belief that Ava DuVernay has given us a film that will