This discussion is a follow-on from the two Roundtables posted last week (here and here). The comments below focus on how writing exists in the marketplace, and the adjustments that various writers make to accommodate that fact. Gardner Dozois, Cecelia Holland, Rachel Swirsky, Stefan Dziemianowicz, Guy Gavriel Kay, Gary K. Wolfe, Jeffrey Ford, James Patrick Kelly, and Tim Pratt all feature in the conversation.

One thing I don’t think I’ve seen mentioned here is that not all “mainstream” books are Best Sellers.  The vast majority of mainstream books have as much difficulty “breaking out” in sales as anyone else, and in fact, one thing I’ve learned from talking to several book editors is that the majority of mainstream novels don’t sell any better than genre titles–in fact, in most cases, they sell WORSE.  There’s got to be many a mainstream author out there who looks with envy on the sales of genre superstars like George R.R. Martin or J.K. Rowling or Terry Pratchett or Neil Gaiman.  Most don’t come anywhere near that level, and many don’t even come anywhere near the second-tier level reached by many working SF/fantasy professionals.  So writing non-genre is far from an automatic recipe for success either.

Somebody (a painter) once told me, “in our business, success is not giving up.”

Perhaps naively, I think that writers have to love what they write in order to have that passion communicate well enough through the pages to touch a large number of readers.  Certainly that’s true of the writers I mentioned, Martin, Rowling, Pratchett, Gaiman.  They’re not cynically trying to follow some formula for success, they’re writing what they love, what they want to write, and it’s that passion that the audience is responding to.  In Rowling’s case, any reasonable observer would have said that there was absolutely no chance of her becoming a Best Seller, and she knew that going in, but wrote her book anyway.

I suppose that you can cynically craft a Big Seller to a paint-by-the-numbers formula and have it do well, it happens occasionally, but it’s by no means a sure thing, and probably fails more often than not; I think that probably more often it’s love, passion, and believing in what you’re writing that gives the lightning a chance to strike.

No question, Gardner. Indeed, many mainstream writers I speak to have a quiet (or loud) envy of genre writers because of a bedrock level of sales that can come once one is reasonably established in a subgroup. (This applies to romance and mystery, of course, as well.) Smaller pond, etc. And genre writers, good and bad, major and minor, can bask at times in the author-fan dynamic that occurs at cons … a small press mainstream author gets none of that. (Literary festivals are a very different can of fish or kettle of worms.) 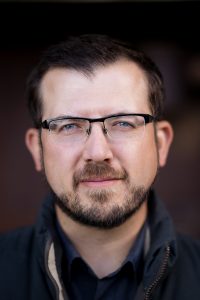