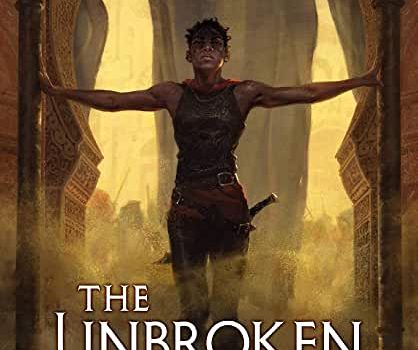 Wendy Aldiss, My Father’s Things (Pannoval Press 12/20) Brian Aldiss’s daughter Wendy took still-life photos of her father’s things after he died – every­thing from art and books (and a few issues of Locus) down to the junk drawer and garden shed – and put a substantial selection of them in this photography/art book for a fascinating, quirky portrait of an influential author.

C.L. Clark, The Unbroken (Orbit US 3/21) A captivating military fantasy novel inspired by North Africa and dealing with colonialism, the first book in the Magic of the Lost series, and a first novel gathering some impressive reviews. “Essentially, this is an epic fantasy novel that contains the infor­mation you’d find in a well-researched monograph. Occupation is a tricky topic to approach… people are trapped between multiple warring forces, and C.L. Clark masterfully engages all actors and viewpoints within this complex web of power.” [Maya James]

S.B. Divya, Machinehood (Saga 3/21) First-novelist Divya draws on older treatments of robots and AI to create something new in this near-future thriller of a movement for the liberation for robots, AIs, and others – while humans rely on nanotech “pills” to keep from being displaced at work. Divya “artfully balances the cybertech thriller chapters… and the more character-driven narrative… eventually weav­ing them together in a conclusion both suspenseful and ingenious.” [Gary K. Wolfe]

Alexandra Oliva, Forget Me Not (Ballantine 3/21) Near-future SF novel about a troubled woman who escapes the strange isolation she grew up in, only to find herself unable to cope with the world out­side; after trying to escape into virtual reality, she ends up returning to her childhood home, but her efforts to understand her past only lead to danger. “The intriguing ideas woven through the fabric of Forget Me Not, along with the rapid plot and the overwhelming enigma that pulls the reader along, make Oliva’s second book a terrific read. [Katharine Coldiron]

Adam Roberts, Purgatory Mount (Gollancz 2/21) Big ideas and unexpected twists fuel this complex SF novel, which mixes elements of Dante’s Divine Comedy, Tolkien, and the Tower of Babel. The story follows two very different but intriguingly linked plot lines, one a far-future expedition investigating a structure that reaches above the atmosphere of an otherwise empty planet; the other turns to a fright­eningly familiar near-future US in ruins, where a memory-damaged majority rely on their phones to keep them on track, and teens rebel.

Constance Sayers, The Ladies of the Secret Circus (Redhook 3/21) Mystery, star-crossed romance, and a magical circus make a spellbinding mix in this historical fantasy novel about a woman in 2004, dev­astated by her fiancé’s disappearance, who uncovers her great grandmother’s journals about the Secret Circus in 1920s Paris and a family curse.

Aiden Thomas, Lost in the Never Woods (Swoon Reads 3/21) Peter Pan gets an updated sequel in this atmospheric young-adult fantasy mystery novel. Wendy, a survivor of a mysterious abduction, meets the real Peter, a boy she thought existed only in stories, and starts to recover old memories, just as new disappearances start. The second novel from the author of Cemetery Boys.

Walter Jon Williams, The Best of Walter Jon Wil­liams (Subterranean 2/21) Williams offers his choice of his best work in this collection of 12 stories, most novellas, in a variety of genre, with notes on the origins of each. “When Williams takes on a genre, he also takes on the issues and tensions and themes such constructs are meant to address. This is where craft crosses the fuzzy borderline and becomes art.” [Russell Letson]

Morowa Yejidé, Creatures of Passage (Akashic Books 3/21) This complex fantasy novel mixes mysticism and myth as it follows a taxi driver in 1977 WashingtonDC who has a haunted car and becomes concerned when she learns her grand-nephew talks to a mysterious man next to the river. An otherworldly tale garnering numerous comparisons to Toni Mor­rison’s ghost stories. 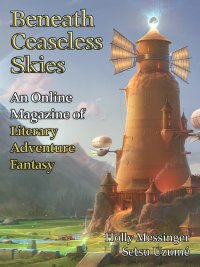 Patricia Briggs was born in Butte, Montana, and graduated Montana State University with degrees in history and German. Briggs’s first novel Masques appeared in 1993, followed by sequels Steal the Dragon (1995) and When Demons Walk (1998). The Hob’s Bargain (2001) was a standalone; Dragon Bones (2002) and Dragon Blood (2003) formed the Hurog duology; and Raven’s Shadow (2004) and Raven’s Strike (2005) make up the Raven duology. She switched