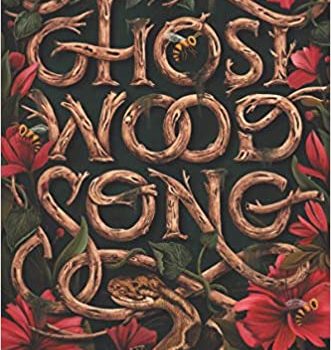 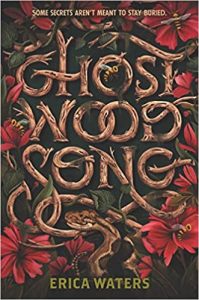 While urban fantasy is a thriving fantasy sub­genre, its rural counterpart has been far less explored. Erica Waters goes all in with Ghost Wood Song, a contemporary title not only set in a small, woodsy Florida town, but also cen­tered around bluegrass music. Her protagonist is a fiddle-playing teen determined to uncover family secrets, who turns to summoning ghosts when a murder is committed close to home. Things get complicated when the ghosts return with their own agendas and there is a dark family haunting that is all too ready to take advantage of the new situation.

Shady Grove (she’s named for a traditional song) loves playing the fiddle. She grew up learning it from her father, an extraordinary musician who was killed in a car accident that her brother barely survived. Her father’s fiddle was lost, apparently, in the lake where he died, but lately Shady has been hearing it call to her and becomes obsessed with finding and play­ing it. She knows the fiddle gave her father an ability to call up ghosts and hopes that she will have the same gift and can call a certain ghost, a young girl, who haunted her in her childhood.

To a certain degree this is all straightforward – family secrets, family ghosts, and a method to call one to find the truth about the other. Throw in a much beloved aunt who knows everything but won’t tell and the ancestral family home, which is 100% haunted, and the plot seems set to unfold in predictable albeit enjoyable ways. But then Shady’s stepfather is murdered and her brother arrested for the crime. He knows more than he’s saying and is determined to prevent his sister from conducting her own investigation. Our paranormal Veronica Mars won’t let it go however and sets out to find the fiddle, call up the recently departed, and find out who killed him. She doesn’t really know what she’s doing, though, and plans to rely on her musician friends to help get the job done. That’s when the more prosaic teen drama elements of the plot intercede and everything gets waaaaay more complicated.

Waters does a good job in Ghost Wood Song of blending both the present-day murder mystery and historical ghost story while also drawing from all the unknowns surrounding Shady’s father. More impressively, she weaves the complications of teen romance, friendship, and competition into what is otherwise a decidedly creepy story. Nothing reads as artificial or forced, and the manner in which music serves as a vehicle to bind the group of friends together is excellent (and also provides an opportunity for Waters to namedrop some great Americana and bluegrass songs). The rural Florida setting (with which I am personally quite familiar), a place of pine trees and murky lakes (and snakes and alligators), is spot on and a unique fantasy location. It’s especially effective here where the difficulties of Shady’s home life, compared with the socioeconomic backgrounds of her friends, show just how nuanced country life can be. The best part of the story is the ghostly revelations, which provide a most satisfying conclusion to this thoughtful and evocative novel. 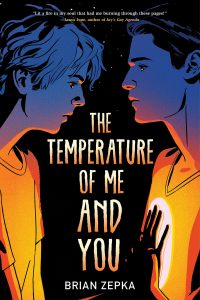