ALAN DEAN FOSTER began composing classical music in April, and has completed several short pieces, a symphony, and a sym­phonic suite. His Nightwish suite is online at <www.facebook.com/alandeanfoster>.

COLSON WHITEHEAD won the Library of Congress Prize for American Fiction. At 50, he is the youngest author to receive that lifetime achievement award ever. Whitehead’s The Nickel Boys (Doubleday) won the 2020 Orwell Prize for Political Fiction, presented July 9, 2020 for “outstanding nov­els and collections of short stories first published in the UK that il­luminate major social and political themes, present or past, through the art of narrative.”

KAZUO ISHIGURO sold Klara and the Sun, about an “Artificial Friend,” to Knopf with Jordan Pavlin to edit via Amanda Urban at ICM. Faber & Faber will publish in the UK, and Knopf in Canada.

PAUL TREMBLAY sold The Pallbearers’ Club, a second nov­el, and a collection to Jennifer Brehl at William Morrow via Ste­phen Barbara of Inkwell Manage­ment.

VALERIE VALDES sold Fault Tolerance (third in the trilogy be­gun in Chilling Effect) and a second title to Tessa Woodward at Voyager via Quressa Robinson at Nelson Literary Agency.

NGHI VO‘s The Chosen and the Beautiful – a queer “magical reimagining of The Great Gatsby” – and standalone companion Siren Queen went to Ruoxi Chen at Tor. com Publishing via Diana Fox of Fox Literary.

CARRIANNE LEUNG‘s “apocalyptic fairy tale” The After went to Jennifer Lambert at Harper Canada via Denise Bukowski of the Bukowski Agency.

N.E. DAVENPORT sold duol­ogy The Praetorian Trials to David Pomerico at Voyager in a pre-empt via Caitie Flum of Liza Dawson Associates.

SAARA EL-ARIFI‘s African-inspired epic The Final Strife sold to Tricia Narwani at Del Rey in a pre-empt via Ginger Clark at Curtis Brown on behalf of Juliet Mushens at Mushens Entertain­ment. UK rights to three books sold to Natasha Bardon at Voyager UK via Mushens.

NATALIE HAYNES sold A Thousand Ships, a retelling of the Trojan War focused on the “women, girls and goddesses,” to Erin Wicks at Harper in a pre-empt via Peter Straus at Rogers, Coleridge & White.

PAIGE CRUTCHER‘s Waking the Witches and another book went to Monique Patterson at St. Martin’s via Ashley Blake of Rees Literary Agency.

CALVIN KASULKE‘s Several People Are Typing, “narrated en­tirely via Slack chats… including a man who somehow uploaded his consciousness into the app,” sold to Robert Bloom at Doubleday in a pre-empt via Kent Wolf of Neon Literary. Myfanwy Moore at Hod­der Studio bought UK rights in a pre-empt via Vanessa Kerr at Abner Stein on behalf of Neon Literary.

AYANNA GILLIAN LLOYD‘s The Gatekeepers and another title sold to Margo Shickmanter at Doubleday in a pre-empt via Jackie Ko of the Wylie Agency on behalf of Tracy Bohan. UK rights sold to Hermione Thompson at Hamish Hamilton, and Canadian to Amy Black at Bond Street Books.

ANNE MONTGOMERY sold The Castle, a crime novel with “a touch of mystic presence” to Ashley Carlson at TouchPoint Press via Donna Eastman of Parkeast Literary. Sheri Williams will edit.

JENN BURKE sold paranormal novel All Fired Up and two more to Stephanie Doig at Carina Press via Deidre Knight at the Knight Agency.

CLEA SIMON sold A Cat on the Case – third in the Witch Cats of Cambridge series – and Hold Me Down to Jason Pinter at Polis via John Talbot of Talbot Fortune Agency.

NEAL COCHRANE‘s I Will Go to the Bank by the Wood, a “loose retelling” of “Beauty and the Beast” with queer and trans characters, went to Laura Stanfill at Forest Avenue Press.

GLENN COOPER‘s pandemic novel The Cure and speculative medical thriller Jaws of the Final Beast sold to Holly Domney at Aries via Sarah Perillo of Curtis Brown on behalf of Jonathan Lyons.

KASSANDRA FLAMOURI‘s In the Dark of the Moon went to Parliament House Press.

JENAIYA ROSS, writing as J.L. DELAVEGA, sold Smoke and Other Storms and two more in the Revere trilogy to Tee Tate at City Owl Press, via Matthew Belford of the Tobias Literary Agency.

KELSEY KICKLIGHTER‘s Of Beast and Burden and a second title went to Parliament House Press.

DAVID GARDNER sold The Journalist, a thriller with ghosts, to Eddie Vincent at Encircle.

TRUDIE SKIES sold Fire Walk­er and another book in the Sand Dancer series to Rick Lewis at Uproar Books.

LEIGH BARDUGO sold YA collection The Lives of the Saints, with illustrations by DAN ZOLLINGER, to Erin Stein at Imprint via Joanna Volpe of New Leaf Literary & Media.

SOPHIE ANDERSON‘s children’s fantasy The Castle of Tangled Magic and another book sold to Rebecca Hill at Usborne via Gemma Cooper at the Bent Agency.

NINA VARELA‘s YA contempo­rary fantasy Juniper Harvey and the Vanishing Kingdom and a sec­ond book went to Alexandra High­tower at Little, Brown Children’s at auction via Patrice Caldwell of Howard Morhaim Literary Agency.

GABE COLE NOVOA sold YA fantasy The Wicked Bargain to Jenna Lettice at Random House Children’s via Louise Fury of the Bent Agency.

JENNIFER MOFFETT sold a supernatural YA novel to Alex Borbolla at Atheneum via Shannon Hassan at Marsal Lyon Literary Agency.

REBECCA RODE‘s YA Of Majesty & Mayhem, “a feminist Pirates of the Caribbean,” went to Caitlyn Averett at Jimmy Patterson in a pre-empt via Kelly Peterson of Rees Literary Agency.

LAUREN NICOLLE TAY­LOR‘s Asian YA fantasy The Girl with the Hickory Heart and two more sold to Hannah Smith at Owl Hollow Press via Rebecca Angus of Golden White Literary.

SEQUOIA NAGAMATSU sold debut How High We Go in the Dark, “in the vein of Station Elev­en and Cloud Atlas,” and a second book to Jessica Williams at William Morrow in a pre-empt via Annie Hwang of Ayesha Pande Literary. UK rights went to Paul Baggaley at Bloomsbury via Margaret Halton at PEW Literary on behalf of Hwang.

New writer JOCELYN NICOLE JOHNSON‘s collection of linked stories (including some set in the near future) My Monticello, plus a second book, sold to Barbara Jones and Retha Powers at Holt in a pre-empt via Meredith Kaffel Simonoff of DeFiore and Company.

JENNIE WEXLER‘s first novel Where It All Lands, “a Sliding Doors-esque love story,” went to Alexandra Sehulster at Wednesday Books in a pre-empt via CAA.

PHILIP PULLMAN sold no­vella Serpentine, set in the world of His Dark Materials, to Knopf Books for Young Readers, with illustrations by TOM DUXBURY. The piece was written in 2004 for a charity auction but was unpublished.

NAN A. TALESE, president, publisher, and editorial director of her eponymous Doubleday im­print, will retire at the end of 2020. She began her career in 1959 as a copyeditor at Random House, and founded her imprint in 1990.

JENNIFER ENDERLIN has been named president of St. Mar­tin’s Press.

AMANDA RUTTER is now an agent at Jennifer Azantian Literary Agency, representing adult and YA SF and fantasy.

TIM PRATT delivered The Doors of Sleep to Eleanor Teasdale at Angry Robot.

ADRIAN TCHAIKOVSKY re­sold Shards of Earth and two more in the Final Architects trilogy to Brit Hvide at Orbit US via UK publisher Pan Macmillan.

LYNDALL CLIPSTONE resold Gothic fantasy Lakesedge and Forestfall to Cat Camacho at Titan Books in the UK and to Claire Craig at Pan Macmillan in Australia via Jill Grinberg of Jill Grinberg Literary Management. Holt Children’s will publish in the US.

TV rights to S.A. CHAKRABORTY‘s The City of Brass were optioned by Complete Fiction via Kim Yau at Echo Lake Entertainment, on behalf of Jen­nifer Azantian of Azantian Literary Agency. 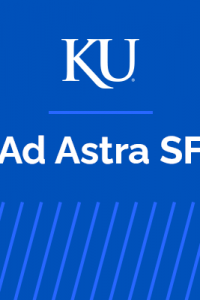 Ad Astra Center for Science Fiction and the Speculative Imagination

July 10, 2017 admin Comments Off on AHWA Awards and Announcements

June 12, 2015 admin Comments Off on Norton and Nebula Awards Medallions