John Joseph Adams has announced the relaunch of Fantasy magazine, with issue #61 scheduled for November 2020. Fantasy will be joining “sister-magazines Lightspeed and Nightmare under the same publishing umbrella”. Adams has named Christie Yant and Arley Sorg as co-editors-in-chief of Fantasy. From this point forward, all three magazines will be co-published by Adams and Yant under the name Adamant Press.

Fantasy Magazine’s format will differ slightly from its sister-magazines with its inclusion of flash fiction and poetry.  Like Nightmare and Lightspeed, Fantasy will be publishing in both ebook format and making the contents of the magazine online for free.

“Yant and Sorg’s creative vision includes opening as a welcoming market for new voices in fiction.” Submissions for Fantasy open July 1, 2020, and “going forward will be open the first week of every month (1st – 7th).” Pay rates will be 8 cents per word for original short fiction, including flash fiction, and $40 per poem. For submission guidelines, visit the Fantasy magazine website.

Fantasy officially went on hiatus in January 2012, when Adams took over as publisher and merged it with Lightspeed, though it released “single special issues in 2014, 2015, and 2016.” For more information, see the Fantasy magazine website. 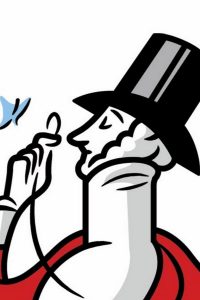