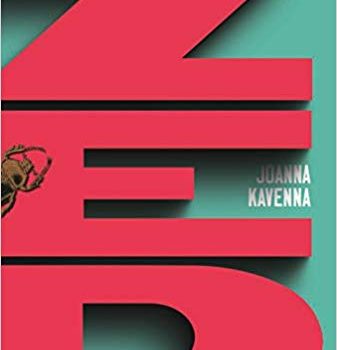 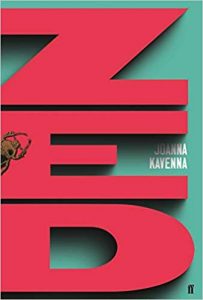 Outside of climate change and Donald Trump starting World War III (and, if we survive that, World War IV), algorithms pose the greatest existential threat to humanity. Tim Maughan astutely illustrates this in his bril­liant debut, Infinite Detail, which depicts a near-future Manhattan where surveillance, driven by predictive algorithms, has slowly eaten away at people’s civil liberties. A group of cyber-terrorists respond to this technological totalitarianism by permanently taking down the internet, a cata­strophic event that brings civilisation to its knees. While nothing so extreme occurs in either Joanna Kavenna’s Zed (released originally in the UK in 2019) or Marc-Uwe Kling’s Qualityland (pub­lished in Germany in 2017, and translated into English by Jamie Searle Romanelli), like Infinite Detail they feature societies where algorithms – developed by mega-corporations – determine every aspect of human life, where the freedom to choose has been traded for a system that makes decisions for you.

The mega-corporation at the centre of Zed is Beetle, a company that embodies all the worst impulses of Amazon, Facebook, and Apple. Beetle’s near-global monopoly stems from the BeetleBand, a wrist-worn device fitted with a chatty personal assistant that not only collects vast amounts of private data but, through a predic­tive algorithm called lifechain, forecasts what an individual will do on any given day and across their lifetime. The algorithm is so successful that the company has developed “BeetleInsight” an application that, Minority Report style, allows authorities to arrest a person on the high prob­ability they will commit a crime. It therefore comes as a surprise to Douglas Varley – Beetle’s lifechain analyst, troubleshooter, and developer of BeetleInsight – when the system fails to predict George Mann brutally murdering his family. Elo­ise Jayne, a high ranking official of the National Anti-Terrorism and Security Office (NATSO), is tasked with apprehending George Mann. Her long-standing doubts about Beetle’s predictive technology blossom into paranoia when the Anti-Terror Droid she sends out to detain Mann kills an innocent person in a case of mistaken identity. In a bid to explain these failures of the system, now labelled “Zed events,” Beetle’s philandering, ego-maniacal CEO Guy Matthias – who uses lifechain to sort through the multiple women he wants to shag – leans on David Strachey, editor-in-chief of The Times, The Daily Star, The Sun, and the Daily Record (all owned by Beetle) to convince the public that these anomalies are the result of human error. But when Strachey is ap­proached by the enigmatic Millor Amic, he comes to understand that the Zed events are part of an ambitious plan to inject a degree of freedom back into people’s lives.

Zed is a novel that takes seriously the age-old problem of free will. Not only does Kavenna pause the narrative to describe the difference between free will and determinism, she also dives deep into the theoretical waters of quantum phys­ics and entanglement. With lifechain, Kavenna offers up a modern-day version of Laplace’s Demon, a 300-year-old thought experiment that famously opened the door to scientific determin­ism by imagining an intelligence that knows the location of every atom in the Universe and therefore can predict the past, present, and fu­ture. The uncertainty posed by each Zed event – Kavenna’s take on quantum indeterminism – is a counter-argument against the all-knowing Demon, or to put it another way, the lifechain works because “people [are] free in predictable ways.” Kavenna’s position won’t convince a die-hard materialist who believes that free will is a farce, that biology dictates our actions, and that spontaneity is an illusion, but as someone who wrote his honours’ thesis (three decades ago) on this very topic, I geeked-out at Kavenna’s bold and modern re-framing of the problem.

If that all seems a little too airy-fairy, fear not, with a deadpan sense of humour and an eye for the absurd, Kavenna eviscerates the tech-industry’s utopian (libertarian) dream that we can code our way to a better future. Throughout the novel, Beetle, just like Twitter and Facebook, parrot woke sentiments about inclusivity, fairness, and the importance of a free press – “we are fiercely opposed to authoritarianism, isolationism and nationalism.” At the same time, they take ad­vantage of a “benign regulatory environment,” to push draconian legislation, like the Sus-Law, that actively oppresses and marginalises those who reject Beetle’s methods. Kavenna also has little time for governments who turn a blind eye to these excesses. In a brilliant moment of scorn, as the Zed events ramp up, Kavenna notes that the “Prime Minister, whose name [had] been quite irrelevant until now, announced herself outraged as she had never before been.”

It’s easy for a satirical novel like Zed to treats its characters as caricatures rather than well-rounded people. And to an extent that’s the case with Guy Matthias, a Zuckerberg or Dorsey stripped of whatever conscience those two men still pos­sess. However, the rest of the cast is fleshed out. As an example, I was surprised by how much I empathised with the overly neurotic Varley, given my hatred of the nebbish in contemporary literature. I also appreciated Kavenna’s depiction of David Strachey, who is initially presented as Guy Matthias’s patsy, but who gradually grows into the closest thing this book has to a hero as he decides, for the first time in decades, to be a journalist and report the truth.

Zed is a fascinating study on the question of free will, a castigating attack on the twisted uto­pian vision of Silicon Valley, and a cautionary tale of what will happen if we fail to regulate these corporate monoliths. 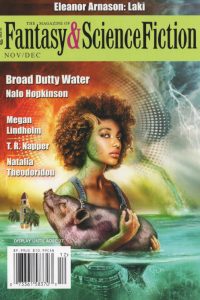