The relationship between Italian readers and literary science fiction has always been, let’s say, complicated. Besides the main­stream recognition of classic authors like Philip K. Dick and J.G. Ballard, traditional long sellers like Isaac Asimov and Ray Bradbury and the tem­porary TV or movie driven successes – George R.R. Martin to mention the most recent one – it still remains a niche genre for a niche audience, published mostly under the brand of the monthly paperbacks of Urania by Mondadori.

They’re cheap books for a loyal readership which has been big in the past; similar to the one and only small budget entertainment industry Italy has ever had: comic books. They’re published mostly by Sergio Bonelli Editore, whose comic books sales are still huge (monthly 150k copies for Tex, 70k for Dylan Dog). It may be no sur­prise, therefore, finding out that the biggest Italian speculative fiction event is in fact a small fraction of Lucca Comics&Games, the huge pop culture event that yearly crowds with people the small and charming city of Lucca, in Tuscany (270k tickets sold in 2019, not counting all the people simply visiting the city for cosplay or just hanging around and taking pictures).

Among this year’s science fiction and fantasy highlights were signings and panels by the James S.A. Corey duo, Daniel Abraham & Ty Franck, invited to Lucca Comics&Games by their Italian publisher Sergio Fanucci due to the international success of the TV series from their saga the Ex­panse. Among other writers published in the international market there was Paolo Di Orazio (Preliminary Ballot Bram Stoker Award 2018 with the novel Dark Mary), guest for the promotion of superhero charity anthology Super by La Corte Editore, as well as the many comic book artists working for the mainstream American market: Sara Pichelli, Gabriele Dell’Otto, and cover artist and painter Lucio Parrillo (IDW, Dynamyte), just to name a few.

“The international reach on the Expanse, both the books and the series, has been amazing,” Daniel Abraham said before taking a picture with his Italian publisher. “We’re tremendously grateful to the folks outside the US and inside the US who have been supporting the project. It’s tremendously impressive and great for us!”

Lucca is no ordinary place for the speculative Italian community, since it was the original Urania curators – Carlo Fruttero e Franco Lucentini – who in the ’60s said that “a flying saucer will never land in Lucca.” They wanted to underline the anglosaxon origin of the classic SF masters they had brought to our market, but during the years the sentence has become a curse: Italy will never have its own speculative writing scene.

This is why the main SF panel, held in the stun­ning Teatro del Giglio, was called “Now the fly­ing saucer lands in Lucca.” Hosted by writer Licia Troisi, author of the long-selling YA fantasy saga Le Cronache del Mondo Emerso (to be translated as Chronicles from the Land above the Water), the panel was a general discussion involving, beyond of course Abraham & Franck, cyberpunk master Bruce Sterling – who’s been living in Italy for a few years now – along with Italian writers Dario Tonani and Federico Carmosino. The former is a published writer, creator of the book IP Mondo9, set in a distant future where living metal ships cruise a sea of sand; the latter is a new voice, whose novel Neon blu has just been published by Fanucci.

Was it the definitive panel on the topic? Of course not. However, some interesting elements were brought up by the US guests, after a few warm-up questions by the host. Their introductions to the genre as readers were an anthology by Alfred Bester (Franck), the work of Arthur C. Clarke (Abraham), a huge stack of paperbacks given by his uncle (Sterling), The October Country by Ray Bradbury (Tonani) and Burning Chrome by William Gibson (Carmosino).

Discussion then focused on the different sub­genres. As Sterling remembered how his generation went from the typewriter to the word processor, feeling “cyber” for the choice – while the master Harlan Ellison always refused to – Abraham men­tioned how fantasy follows narrower rules than science fiction: “It’s mostly responding to or imitat­ing Tolkien, showing a world where order has to be restored.” According to Dario Tonani, steampunk is instead a way to play with elements, pre-dating the future and imagining a world where rust and steam are equivalent to the silicon of HAL-9000 in 2001: A Space Odyssey.

Can speculative writers predict the future? Mostly not, according to Franck: “Walter Jon Williams wrote a novel where the characters struggle to find an Internet connection port.” Abraham added that writers can instead in­spire people and help them imagine and create the future. Tonani mentioned some expected inventions, not yet introduced, like flying cars, while admitting to being extremely fascinated by the technology of 3D printing. According to Carmosino, the future can be a challenge instead of something to predict.

“You can only predict a small amount of time, and as a new technology imposes itself, people start thinking it has always been there,” Bruce Sterling stated. “In the early 2000s, I always brought a modem with me, telling everybody it’s gonna be the way to connect a computer to the telephone, with people wondering why I should even do that. Now, nobody even uses a modem anymore.”

It was the cyberpunk master himself who provided a thought-provoking conclusion to the panel. How will technology further change us and our world? “I suspect we are heading to a culture war, where as writers we will have to defend scientists, like a resistance to preserve rationality. That’s why I think it’s going to be more about marches and less about gadgets: people are getting more interested in technol­ogy, beyond the simple digital part. Also, what is going on in Santiago and Hong Kong right now will be soon at everybody’s doorstep.”

–report and photos by Fulvio Gatti 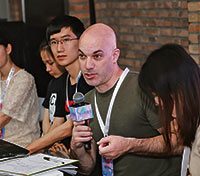 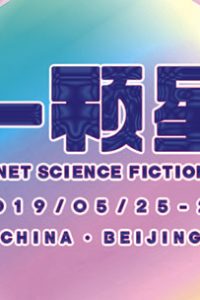 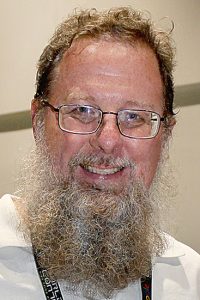 One thought on “SF in Italy: Lucca Comics & Games 2019: The Flying Saucer Has Finally Landed? by Fulvio Gatti”