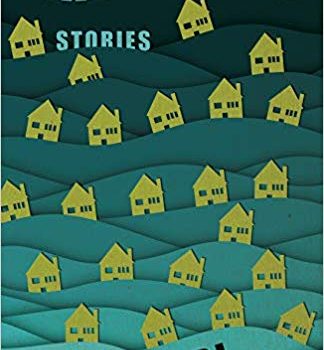 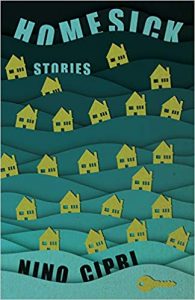 Nino Cipri’s debut collection, Homesick, is a selection of nine stories (of the more than 20 they have written) that appeared in a variety of venues including Nightmare, Liminal Magazine, Crossed Genres, and Tor.com. It also happens to be one of the best collections I’ve read this year, up there with outstanding books like Raphael Bob-Waksberg’s Someone Who Will Love You in All Your Damaged Glory, Sofia Rhei’s Everything Is Made of Letters, and Wendy Erskine’s Sweet Home (which technically isn’t genre but who’s counting).

“A Silly Love Story” is a terrific beginning to the collection. It’s a tender and kind-hearted romance where Jeremy, who is neurodiverse, and Merion, who is bi-gender, are brought together by the apricot-scented poltergeist in Jeremy’s closet. There’s so much to adore about this story, ranging from the relaxed chemistry between Jeremy and Mer­ion – their conversations populated by pop-culture references and hilarious hypotheticals – to Merion’s love for cupcakes and Jeremy’s passion for his art, to this note-perfect moment of self-awareness: “It was odd to fall in love with somebody’s ferocious vulnerability, but that was the position Jeremy found himself in.” I could have happily spent an entire novel in Jeremy and Merion’s world. In contrast, the novella-length “Before We Disperse Like Star Stuff”, portrays a friendship that has been split apart by betrayal. The story opens with Damian Flores agreeing to be interviewed by a filmmaker seeking to make a documentary about the species of intelligent weasel he (literally) unearthed – Megalictis ossicar­minis. When the filmmaker asks Damian whether he’d be willing to approach Ray Walker and Min-Jo Hong, both of whom worked closely with Damian on the discovery, Damian sees it as an opportunity to heal the rift between them, one Damian caused when he decided to profit on ossicarminis by writing a book without their knowledge. “Before We Disperse Like Star Stuff” proves to be a moving story about friendship and forgiveness that also raises important questions about the ethics of digging up bones: the ongoing, unresolved tension between scientific dis­covery and paying respect to the dead.

Between these two fantastic tales that bookend the collection, there are seven high-quality stories. Sadly, I don’t have the word count to talk about all of them (which means you can discover them afresh). Instead, I’ll focus on the three stories that affected me the most. In “Which Super Little Dead GirlTM Are You?” Cipri tackles the near every-day tragedy of sexual violence against young women by mimicking one of those annoying clickbait personality surveys. It’s a graphic, savage, ironic piece of storytelling that brilliantly plays against the cutesy mindlessness of those quizzes. “Dead Air”, Cipri’s venture into the realm of found-footage, starts off innocently enough with a series of light-hearted interviews between two lovers, Nita and Maddie. As Nita pushes Maddie to reveal more about her past, their relationship takes an unexpected and unsettling direction. The moment I finished the story I knew it would make a fantastic (and freaky) audio play. Thankfully, Nightmare Magazine came to the same conclusion four years ago (their full-cast production of “Dead Air” is well worth a listen). Finally, there’s the extraordinary “Shape of My Name”, a non-linear tale about a fam­ily whose unique DNA allows them to travel through time. As the protagonist bounces across the decades, learning more about their family and the machine that gives them access to the time-stream, they also gain clarity about their gender identity. This powerful story deals with coming to terms with who you are while managing the pain of rejection from those you love. Cipri also casts shade on Robert Heinlein’s “All You Zombies” and its treatment of gender identity as a shocking plot twist.

While not all the stories in Homesick: Stories deal with LGBTQIA issues, there’s a diverse and broad range of perspectives that imbues the collection with a texture that’s unique and refreshing. I was so taken by the variety of voices and style, coupled with the ease with which Cipri welcomes us into their imag­ined worlds, that I went looking for their other stories (most of which are online). In my search, I also found out that they will have a Tor.com Publishing novella, Finna, out early next year. I’m eager to read it, and whatever else Nino Cipri may write in the future. 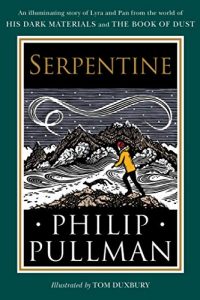 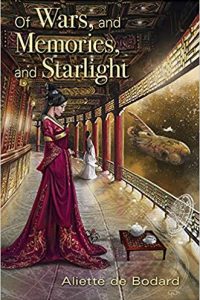 Liz Bourke Reviews Of Wars, and Memories, and Starlight by Aliette de Bodard