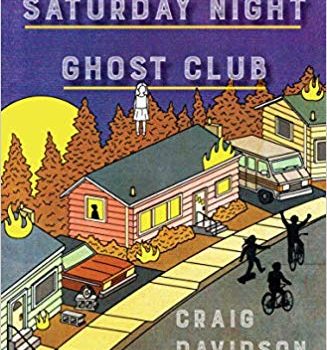 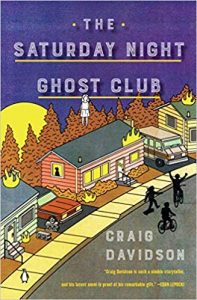 The Saturday Night Ghost Club is only the slightest wisp of a ghost story. It is far more a memory of childhood, a winsome look back by a narrator who now works in a dif­ficult profession (as a surgeon) and is remembering the most significant summer of his life. That the summer in question occurred in 1986, when Jake Baker was 12, will immediately bring to mind comparisons to Stranger Things. But The Satur­day Night Ghost Club is not that kind of book: the hauntings are far more subtle and the horror is, almost entirely, suffered by one man, Jake’s beloved Uncle Cal. So this is a quiet ghost story and, because of that, the heroics are quiet as well.

Jake has suffered more than his share of bullying in school and intends to spend his summer with a singular life goal: avoiding his nemesis. Author Craig Davidson places Jake firmly in middle-class America territory: he is the sole child in a stable family living in Niagara Falls, a classic and com­plicated American town. Family dinners each week star the eccentric Uncle C, who owns a store of odd kitschy objects downtown (the Occultorium) and is best friends with Lex, a video store owner who went all in on Betamax and is now regretting that decision big time. Through a chance meeting at the store, Jake befriends Billy Yellowbird, who has recently moved to town with his sister Dove and their mother. That day, at the urging of Uncle C, whose grip on reality seems to waver at times, the Saturday Night Ghost Club of Lex, Cal, Jake, Billy, and sometimes Dove, is born. Over the course of the summer they go out in search of Niagara’s ghosts and, of course, find much more than they bargained for.

Davidson uses an exceedingly light touch in tell­ing Jake’s story as he allows the now adult narrator to recall the easy way in which the club members succumbed to Cal’s often manic energy. Over a pe­riod of several weeks, they meet at a haunted tunnel where a family met a grisly end (there is definitely a ghost sighting here), in a reservoir where a car sank dooming a family looking for help, and at the burned-out remains of a house which was the scene of a violent attack from strangers. Finally, they arrive at the local cemetery, home to the legend of a desperate and doomed mother. Along the way Jake and Billy cement their friendship, a bully is vanquished, Dove exposes some personal demons of her own, Lex gets stoned, and Cal slips further and further away. Ultimately, Jake’s concern for his uncle sends him to his parents (two delightfully fleshed-out supporting characters), who help him do the right thing as he learns the source of Cal’s trauma. The true meaning of the club crystallizes in the final pages, and this elegantly written title reveals just how neatly it has been constructed. So yes, there are ghosts, but these are not the scream­ing kind but rather those that cry across the years and, as evidenced by the adult Jake, can never be forgotten.

The Saturday Night Ghost Club is not a YA book, although it could appeal to older teens. You need an ability to look back on your life to really “get” this novel; you have to appreciate that things from your past can and do affect you forever. I think you need a few years under your belt to understand that, so I recommend an older audience for this title. Regardless, it’s a lovely book that proves how a good storyteller requires only a big heart to resonate with readers. The Saturday Night Ghost Club has a lot of heart, and it carries these characters through every tender page. 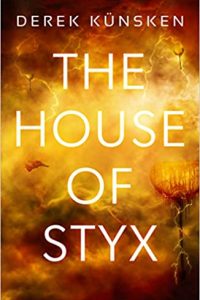 Rich Horton Reviews The House of Styx by Derek Künsken 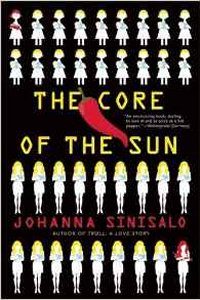