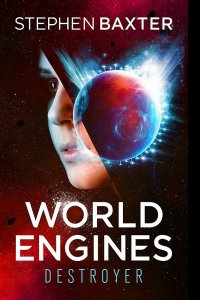 As nearly as I can suss out, Stephen Baxter currently has no publisher in the USA. His last three books in his classic Xeelee series—Xeelee Endurance (2015), Xeelee Vengeance (2017) and Xeelee Redemption (2018)—appeared from Gollancz in the UK, but not here. And this newest one has no American edition either.

Now, thanks to the wonders of Amazon and other online retailers, a reader in the USA can glom onto a copy of any of these fine books fairly easily and at relatively low cost. But doing so presumes awareness first, and since there is no home-grown firm to publicize them, awareness stays low. Likewise, American reviewers are less keen to review a title that is UK-only, and so word does not spread that way at all.

To me, this sorry state of affairs speaks loads about the current marketplace and biases of canon formation, but I will let readers draw their own conclusions without imposing mine. And instead of spinning our wheels in dismay, let’s try to leapfrog the USA Baxter Desert by diving into his new one.

In his “Afterword”, which offers valuable insights into the kind of non-fiction researches that underpin SF of this type, Baxter mentions that his protagonist, Reid Malenfant, previously appeared in Baxter’s Manifold sequence (1999-2001). I read some of those books ages ago, but have grown hazy on their details, and so approached the latest without much backstory in my head: an ideal stance to gauge what new readers might make of World Engines. I can readily report that enjoyment of this stimulating, overstuffed book requires no familiarity at all with Manifold.

Our hero, Reid Malenfant, NASA astronaut, bravely but barely survived a disastrous crash of the Space Shuttle in 2019. His gravely injured body having been frozen down till such time as medical science could cure him, he is awakened, repaired, in the year 2469. The reason? A mysterious message has been picked up from Phobos, moon of Mars. It purports to originate with Emma Stoney, Malenfant’s wife. The only trouble is, her Phobos mission ended with Emma’s death in 2005!

This enigma needs solving. But before Malenfant can arrive at Phobos, a moment that does not occur until halfway through the novel, he must come to understand the year of 2469. For that he gets two guides: a medical android named Bartholomew (who often steals each scene he’s in) and a seventeen-year-old female volunteer named Greggson Deirdra, herself a charming figure. These two will form his “team” and accompany him throughout all the action.

What Malenfant learns is that humanity is in retreat, having abandoned space to curate the recovery of an abused planet Earth. There are AIs on the Moon and elsewhere, but the kind of intelligence that Bartholomew and others manifest is of a lesser nature. The world is at peace, a quasi-utopia, but devoid of pioneering spirit. Malenfant is a robust, china-shop-smashing primitive anomaly—but that might be just what civilization needs, since it’s under a death sentence.

A rogue planet named Shiva is hurtling through space, and will bring about the destruction of Earth with its impact in a mere 500 years, unless something is done.

It’s hard to reveal what happens after Malenfant reaches Phobos without marring readerly pleasure, so I’ll just say that portals open up to vast tracts of multiversal super-science, and a dangerous journey to the Oort Cloud and beyond lies ahead.

The first half of the book, being basically an elegantly handled instance of Wells’s famous The Sleeper Awakes trope, could have felt overfamiliar and bland. But by recursively referencing such literary scenarios, and by laying down such an intricate, logical yet surprising history to occupy the interval between Malenfant’s era and the “present” of 2469, Baxter ensures that the reader is never less than fascinated. And the portrait of the 2469-period citizens and their culture is rendered in convincing depth. (Not to mention the new geography and ecology of the planet. Sahara Forest, anyone?) The natives really do think and believe differently, and the disjunction between their mindset and Malenfant’s provokes incidents that are melancholy or frustrating or both.

The second half of the book is full of Clarkean, Stapledonian vistas, and reminded me of the kind of SF that Greg Bear once wrote in such sagas as his Forge of God and The Way sequences (a mode Bear seems to have sadly abandoned). But the gosh-wow doings are threaded with real emotions (check when Malenfant and Emma have their reunion) and no little humor to keep things in perspective. The book’s ending is totally fulfilling, but inconclusive enough to permit sequels.

Please note that there are no villains per se here (though Malenfant has some tussles with Deirdra’s mother and a “cop” named Prefect Morrel). And the enigmatic beings who might or might not exist, and who might or might not have launched Shiva at Earth, could certainly qualify as hostiles. But Baxter’s vision of mankind and our place in the universe relies on noble self-sacrifice, and on conquering ignorance and uncongenial physics rather than subjugating one’s fellow sapients. 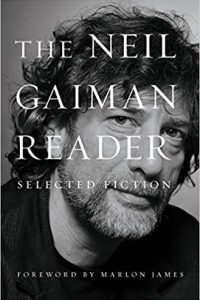