The legal battle continues over Audible’s planned Captions program, which would display computer-generated text concurrent with audiobook narration. The Authors Guild and the Association of Authors’ Representatives filed a joint amicus brief to support the seven publish­ers who have sued to block the Captions program, saying the “feature presents a significant threat to the rights and livelihoods of authors and their rep­resentatives…. Audible seeks to bypass its glaring infringement of authors’ and publishers’ rights by arguing that this is a contract issue, not a copyright issue, and that, in any event, its misappropriation qualifies as fair use.” The brief says, “Audible completely ignores the Copyright Act’s explicit recognition of the divisibility of the bundle of ex­clusive rights,” and points out that machine tran­scription is prone to error: “Generally speaking, an author would not permit a new text version to be created that introduces grammatical, stylistic, or other mistakes.”

Judge Caproni, who is overseeing the lawsuit, suggested that Audible halt plans to launch Cap­tions for the duration of an expedited trial (to be held by the end of the year), rather than having her rule on the preliminary injunction the publishers asked for. Audible’s attorneys wrote a letter say­ing they were unable to reach an agreement with the plaintiffs, and requested a month of settlement discussions with a magistrate to try to seek a reso­lution, and, failing that, a return to the current legal process. The publishers said that discussions had been ongoing, and “were surprised by Audible’s letter.” The judge denied the request: “The Court does not refer parties to the Magistrate Judge for a settlement conference unless all participants be­lieve such a referral would be productive.” At this point, the discussions, and eventual trial, are ex­pected to continue. 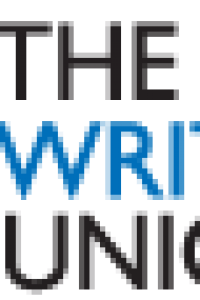